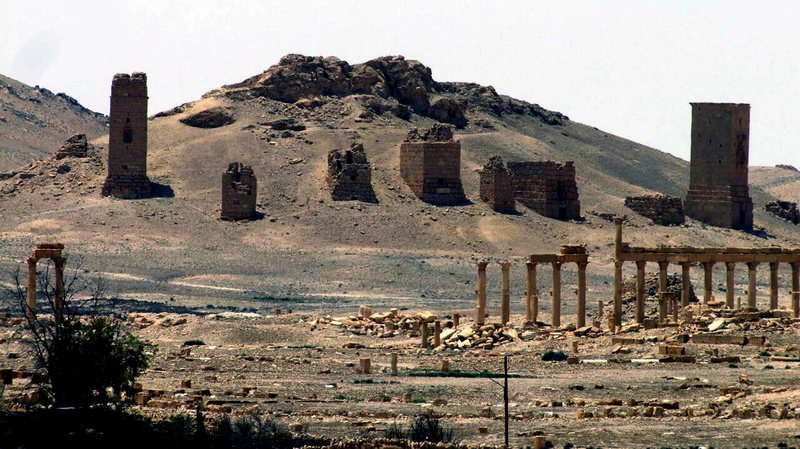 by Daily Sabah with Reuters May 18, 2015 12:00 am
Self-proclaimed Islamic State of Iraq and Sham (ISIS) militants have withdrawn from areas in the historic city of Palmyra they had seized on Saturday, according to a group monitoring the conflict in Syria and a Syrian official.

The terrorists' attack on the government-held city of Palmyra, also known as Tadmur, has raised concerns that its World Heritage site could meet the same fate as the ancient monuments the group destroyed in Iraq.

The Syrian Observatory for Human Rights, a UK-based monitoring organization, said that ISIS fighters had pulled out of northern areas of the city taken on Saturday but still held a village to the north of Palmyra.

Maamoun Abdulkarim, the Syrian government's antiquities chief, told Reuters the army had regained control of the whole city, and that the ancient ruins to the southwest of the city were unharmed. "The outskirts they had entered were all recovered," he said.

Palmyra is strategically significant because it sits at a crossroads linking it to the cities of Homs and Damascus.

ISIS has mounted frequent attacks on government-held areas in recent months, part of an apparent effort to expand beyond its strongholds in eastern and northern Syria.

Syrian state TV, citing a military source, said the army had killed dozens of Islamic State militants to the east of Palmyra and were "pursuing their withdrawing remnants in several directions in the area".
Last Update: May 18, 2015 2:46 am
RELATED TOPICS