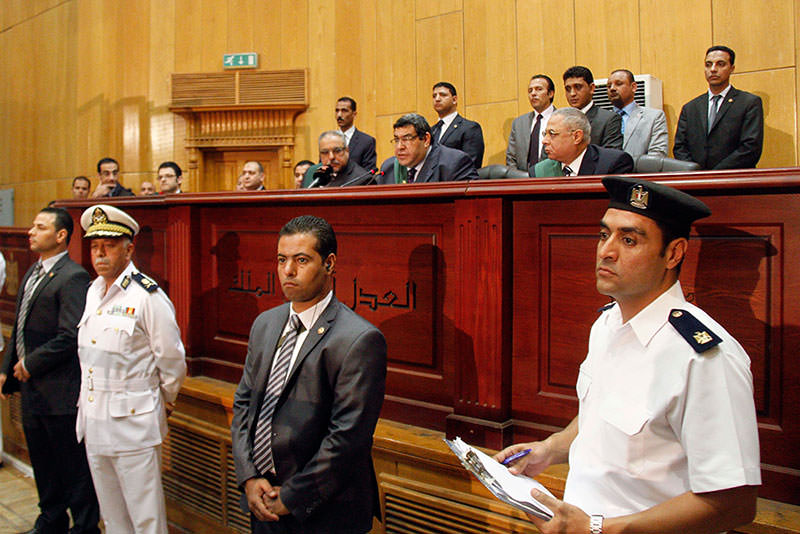 The Organization announced on its website that the verdicts were handed down "by a corrupt and highly- politicized Egyptian judiciary," adding that the death sentences will lead to more violence in the country.

On Saturday, an Egyptian court referred 122 out 166 defendants -- including Morsi -- to the grand mufti to consider possible death sentences against them over charges of jail breaking and espionage. The U.S. and the United Nations both expressed concern over the decision.

The Arab Organization, referring to the trials as "absurd", said on Sunday: "The trials were marked by grave flaws which began with the absence of lawyers while the defendants were being interrogated, a breach of their basic right to have an attorney present."

Detailing various testimonies from the trials as well as prosecutor's claims, the organization came to the conclusion that the death sentences were a direct result of the usurpation of power by the military, it said on its website.

Cairo's response to the criticisms was short and simple; it rejected all "inappropriate comments" on the country's court rulings, labeling them an unacceptable interference in Egypt's internal affairs.

Fatah, Palestine's leading secular political party, is of the same opinion as Egypt. Yahya Rabah, a Fatah leader, told Al-Quds, a Palestinian-Arabic daily, based in Jerusalem that thePalestinian authority had no right to criticize the verdict or interfere in the Egyptian issue. He added: "Egyptian judiciary is known to be great andlong-established."

The "great and long-established" Egyptian judiciary, however, is full of flaws. Some of the 126 people for whom death sentences are being sought for, have already died. Eight dead Palestinians -some of whom were Hamas members-, were among the defendants referred to on Saturday's verdict, reported the Anadolu Agency, whereas one has already been imprisoned for 19 years in Israel.

It is not certain whether Egypt's decision was a clear and loud message to Hamas, whose "alive" members are also among those sentenced to death, or simply a horrific mistake, displaying how sloppy Egyptian judiciary can get, urging those to run for their lives should they ever be involved in the country's judiciary.

The European Union on Sunday has called on the Egyptian judiciary to provide the elected president Mohamed Morsi and more than 100 of his supporters with "the right to a fair trial."

EU foreign policy chief Federica Mogherini said in a statement on Sunday: "The Egyptian judicial authorities have the responsibility to ensure, in line with international standards, defendants' rights to a fair trial and proper and independent investigations."

"As the EU, we are confident the sentence will be revised during the appeal process. Stability and rule of law should be guaranteed," Mogherini added.