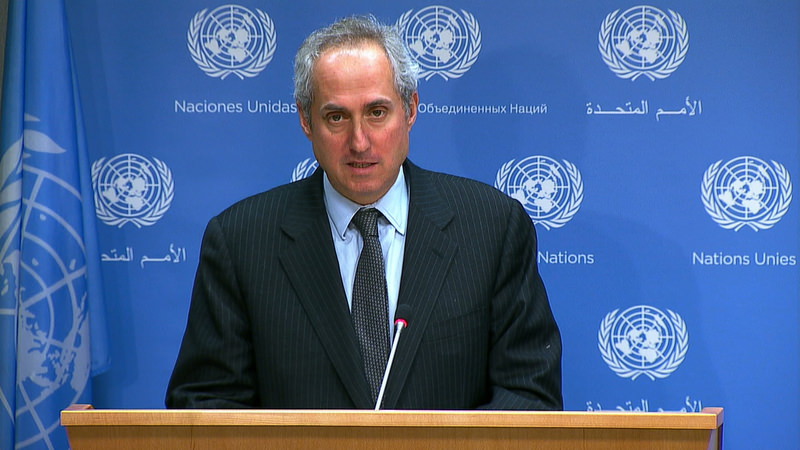 by Daily Sabah with Wires May 20, 2015 12:00 am
UN-sponsored peace talks on Yemen will commence on May 28 in Geneva, a spokesman for Secretary General Ban Ki-moon said Wednesday.

Ban will convene the talks, which are aimed at restoring a Yemeni-led political transition that stalled after Houthi rebels took over much of the country, forcing President Abd Rabu Mansour Hadi to flee.

"The secretary general urges all the participants to engage in these United Nations consultations in good faith and without preconditions," said spokesman Stephane Dujarric.

Yemeni Foreign Minister Riad Yassin said Hadi's government, now in exile in Saudi Arabia, might not participate in the talks as they had not been notified about them in advance.

Yassin added that the government would not join the talks unless the Houthis withdrew from cities they had seized, as mandated by a UN Security Council resolution passed in April.

The mainly Shiite rebels, whose power base is in the country's tribal far north, captured the capital Sana'a in September.

Most of Yemen's other main cities have since fallen to the Houthis or are contested between the rebels and local opponents.
The Houthis said they would issue a response to the UN announcement later on Wednesday.

The UN announcement came as conflict heated up along Yemen's northern border with Saudi Arabia.

Local tribes who have been fighting against the Houthis in north-eastern Jawf province said they had captured the al-Yatama area on the border, adjoining the Houthi stronghold of Sana'a province.
A Houthi official, speaking on condition of anonymity, accused Saudi forces of shelling six areas in Saada, and said that local tribes had "responded in kind."

The tribes were also clashing with Saudi border guards, the official and local residents said.

Saada and neighbouring Hajja province saw repeated airstrikes during the day, the Houthis' al-Masirah television said. Security officials, speaking on condition of anonymity, said eight strikes had also hit a military base used by the Houthis in the central Yemeni city of Ibb.

Saudi Arabia and a coalition of mainly Sunni Arab allies started a campaign of airstrikes against the Houthis and allied military units in late March after Hadi fled a rebel advance on his stronghold in the southern city of Aden.

A five-day humanitarian pause ended on Sunday night despite pleas from the UN for it to be extended to allow aid to reach more vulnerable people.

Clashes between the Houthis and local rivals in southern and central Yemen had continued despite the ceasefire, and the coalition accused the rebels of repeatedly violating it.

Aid organizations say some 16 million people in the poverty-stricken country are in need of humanitarian assistance.
Last Update: May 20, 2015 7:52 pm
RELATED TOPICS