Fall of Ramadi to ISIS a tactical setback, says Obama 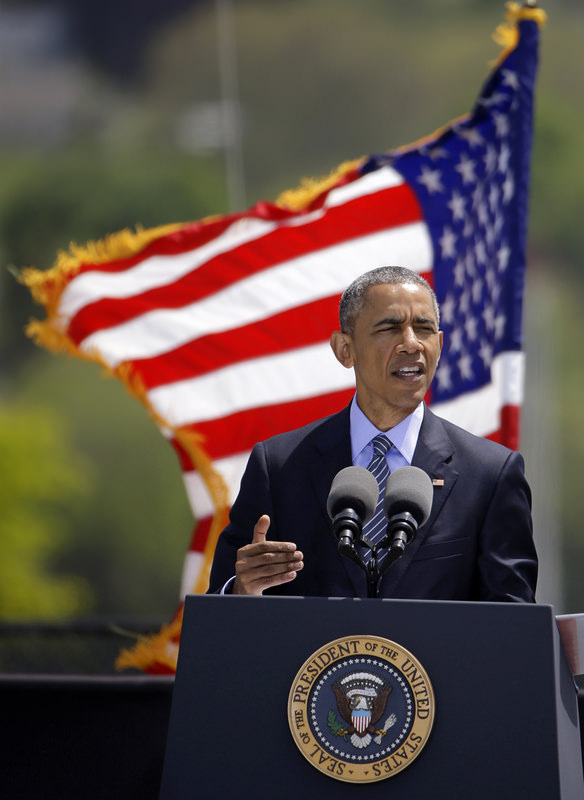 by Daily Sabah with Wires May 21, 2015 12:00 am
U.S. President Barack Obama said the fall of the Iraqi city of Ramadi to the self-proclaimed Islamic State of Iraq and Sham (ISIS) militants was a "tactical setback", and added that he does not think the United States and its allies are losing the fight against the group, in an interview released on Thursday, days after the city of Ramadi was overrun.

"There's no doubt that in Sunni areas, we're going to have to ramp up not just training, but also commitment, and we better get Sunni tribes more active than they currently have been," Obama said in the interview, conducted on Tuesday with The Atlantic.

"I think Prime Minister Abadi is sincere and committed to an inclusive Iraqi state, and I will continue to order our military to provide the Iraqi security forces all assistance that they need in order to secure their country, and I'll provide the diplomatic and economic assistance that's necessary for them to stabilize," Obama told the magazine.
Last Update: May 21, 2015 8:25 pm
RELATED TOPICS