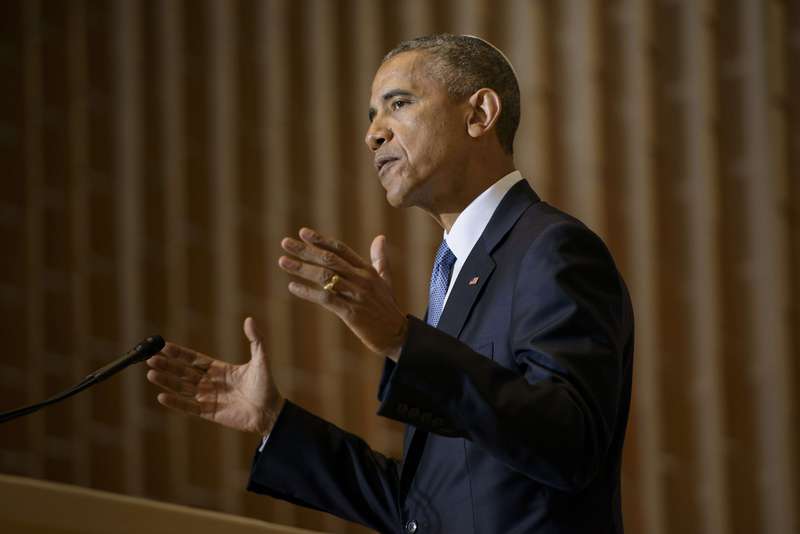 by Daily Sabah with Agencies May 22, 2015 12:00 am
President Barack Obama sought to reassure the US Jewish community on Friday about a deal being negotiated on Iran's nuclear programme that has caused tension between his administration and Israeli Prime Minister Benjamin Netanyahu.
"Israel must know America has its back and America will always have its back," Obama told the congregation of Adas Israel synagogue in Washington while acknowledging there would be periodic disagreements between the US and Israeli governments.
He stressed that he would not accept a "bad deal" with Tehran and said that ongoing talks with Iran had already halted or rolled back parts of its nuclear programme.

"I want a good deal - a deal that blocks every single path to a nuclear weapon. Every single path," he said, adding that all options would remain on the table should Tehran cheat on its agreements.

In an interview with The Atlantic magazine published this week, Obama had underscored his personal stake in a successful agreement that prevents Iran from acquiring a nuclear weapon, noting "it's my name" on the deal.

Tehran and six world powers, including the United States, have agreed on a broad deal to address concerns about Iran's nuclear programme, and are in the process of hammering out the details of how the deal will work by a June 30 deadline.
Last Update: May 22, 2015 7:44 pm
RELATED TOPICS