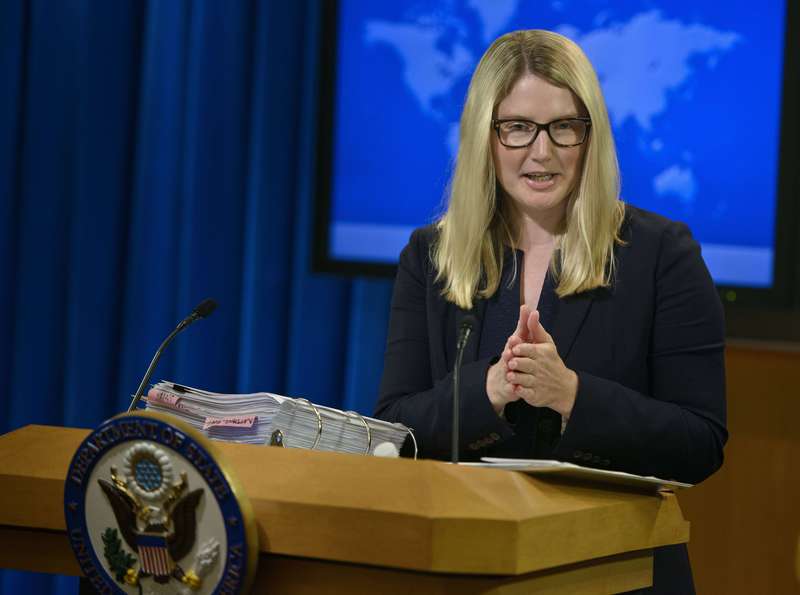 by Jun 03, 2015 12:00 am
Senior U.S. diplomats met representatives of Yemen's Houthi rebels in the capital of Oman for a day last week to press for the release of American hostages and discuss a political solution to the country's conflict, the State Department said on Tuesday.

The department said that American journalist Casey Coombs, a journalist held by Houthi rebels in Yemen, had arrived in the Omani capital, Muscat, and was in a stable condition. Three other Americans are still believed held by the Houthi militia - two of Yemeni and one of Somali origin.

"These meetings in general were part of our broad engagement with elements of the Yemeni political spectrum," State Department spokeswoman Marie Harf told in a briefing.

"We used that meeting to reinforce our view that there can only be a political solution to the conflict in Yemen, and that all parties, including the Houthi, should commit to participation in the U.N.-led political process," she added.

The meeting was led by U.S. Assistant Secretary of State for Near-Eastern Affairs Anne Patterson, who also traveled to Jordan and Saudi Arabia to discuss a cease-fire in Yemen, she said.

While in Riyadh, Patterson also met with exiled Yemeni President Abd-Rabbu Mansour Hadi and other senior Yemeni officials on the conflict that has killed more than 2,000 people.

A Saudi-led coalition of Gulf Arab states has bombed Iranian-backed Houthi militia since March to try to restore Hadi to power.

Harf said the meetings were "trying to get the parties, including the Houthis, to commit to participating in this U.N.-led political process and encouraging them to attend the planned talks in Geneva."

U.S. Secretary of State John Kerry briefly discussed the situation in Yemen with his Iranian counterpart on the sidelines of nuclear talks in Geneva on Saturday.

Harf did not elaborate on what was discussed, but said she did not believe the American hostages issue was addressed.