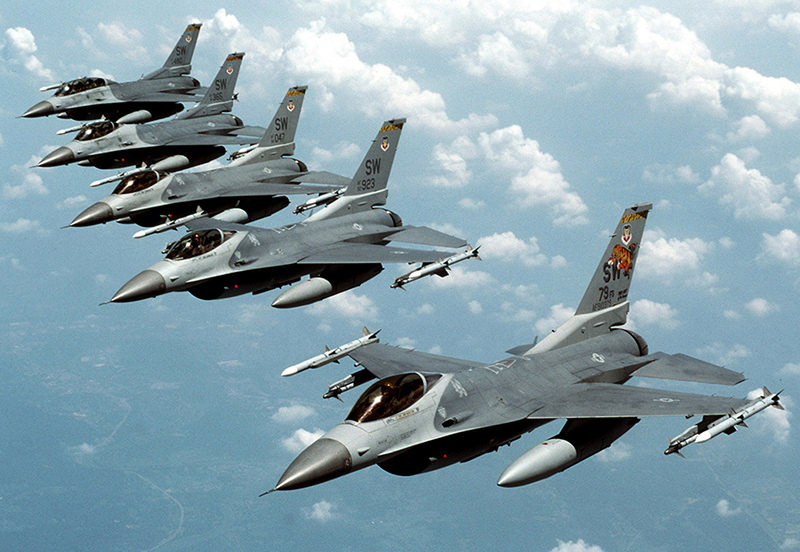 | Reuters Photo
by Daily Sabah Jun 05, 2015 12:00 am
A selfie posted on social media by a militant from the self-proclaimed Islamic State of Iraq and al-Sham (ISIS) has enabled the U.S. Air Force to locate and bomb one of the terrorist organization's command centers in Syria.

Speaking at a breakfast meeting organized by the Air Force Association, General Herbert Hawk Carlisle stated that the intelligence officers were able to carry out a successful attack on ISIS within 22 hours of the selfie posted on social media by the ISIS militant.

"The guys that were working down out of Hurlburt (Florida), they're combing through social media and they see some moron standing at this command. And in some social media, open forum, bragging about the command and control capabilities for ISIS. And these guys go: 'We got an in.' So they do some work, long story short, about 22 hours later through that very building, three [Joint Direct Attack Munitions] take that entire building out," General Carlisle was quoted as saying.

Gen. Carlisle also noted that a total of 4,200 air strike operations have been carried out against ISIS so far, killing around 13,000 terrorists.

General John Allen, the US envoy to the anti-ISIS coalition has warned on Wednesday that the fight against ISIS could take another decade.

The self-proclaimed Islamic State of Iraq and al-Sham (ISIS) controls a third of both Iraq and Syria in its self-declared caliphate and exploits social media to recruit terrorists throughout the world. It has caused significant damage to the region as a whole, where hundreds of thousands of people have been killed, injured and many others displaced as a result of the conflict. Most recently, it took control over the ancient city of Palmyra, home to renowned Roman ruins including temples, colonnades and an amphitheater. The group has also destroyed several Islamic heritage buildings including shrines and some mosques throughout the region.