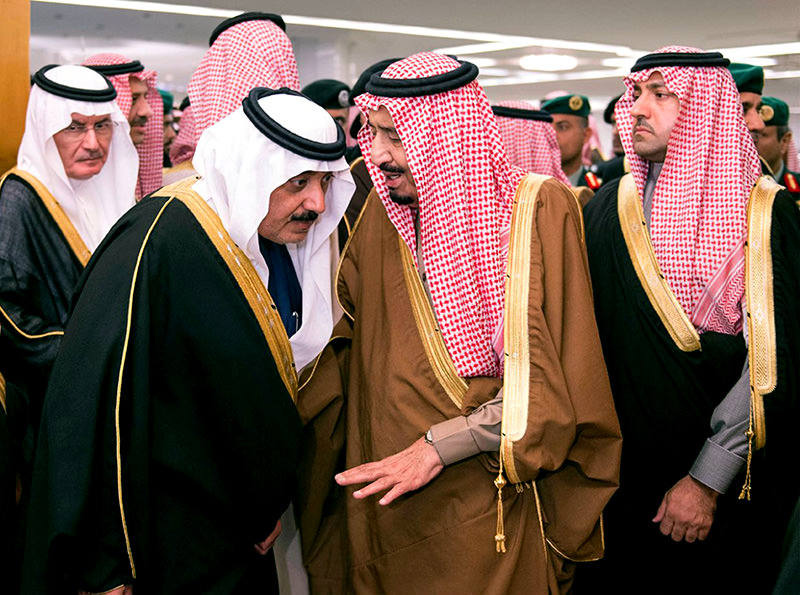 by Associated Press Jun 21, 2015 12:00 am
At the Saudi Embassy in Tehran, diplomats talked about airing the grievances of disenchanted local youth using Facebook and Twitter. At the embassy in Khartoum, they reported anxiously on Iran's military aid to Sudan.

Meanwhile, the Saudi mission in Geneva got stuck dealing with a multi-million dollar limo bill racked up by a Saudi princess and her entourage.

The incidents are mentioned in diplomatic documents published Friday by WikiLeaks, only the first batch of what the transparency group says will be a much larger release. But they've already provided an unusual level of insight into day-to-day Saudi diplomacy giving a snapshot of the lavish spending habits of senior royals and the political intrigue percolating across the Middle East.

WikiLeaks so far has published roughly 60,000 documents, of which The Associated Press only has been able to authenticate a handful. But the organization has a long track record of hosting large leaks of government material and in a statement released late Saturday the Saudi government acknowledged its diplomatic servers had been penetrated ahead of the mass disclosure.

Many of the documents reviewed by the AP appear aimed at tracking Iranian activity across the region or undermining Tehran's interests. An undated memo apparently sent from the Saudi Embassy in Tehran made note of what it called the "frustration of the Iranian citizen and his strong desire for regime change" and suggested ways to publicly expose Iran's social grievances through "the Internet, social media like Facebook and Twitter." It also suggests "hosting opposition figures overseas, coordinating with them and encouraging them to use galleries to show pictures of torture carried by the Iranian regime against people."

Saudis also kept a watchful eye on Iran's friends, real or perceived. One 2012 memo warned that Iran was getting "flirting American messages" suggesting that the U.S. had no objections to a peaceful Iranian nuclear program so long as it had guarantees, "possibly Russian ones."

The Iranian Embassy in London did not immediately answer a request for comment Saturday.

There are many such hard-to-confirm stories in the Saudi documents.

One of the most inflammatory memos carries the claim that Gulf countries were prepared to pay $10 billion to secure the freedom of deposed Egyptian autocrat Hosni Mubarak. The memo, written on a letterhead bearing only a single palm tree and crossed blades above the words "top secret," quotes an unnamed Egyptian official as saying that the Muslim Brotherhood would agree to release Mubarak in exchange for the cash "since the Egyptian people will not benefit from his imprisonment."

Although the document is undated, the political situation it describes suggests it was drafted in 2012, when the Brotherhood appeared poised to take power. Senior Brotherhood official Mohammed Morsi served as Egypt's first freely elected president from June 2012 to July 2013 before being ousted by the military.

It's not clear if the idea of paying the Brotherhood to secure Mubarak's release ever coalesced into a firm offer. A handwritten note at the top left of the document says the ransom "is not a good idea."

"Even if it is paid the Muslim Brotherhood will not be able to do anything regarding releasing Mubarak," the note's unknown author writes. "It seems there are no alternatives for the president but to enter prison."

Still, the memo's existence adds credence to the claim made in 2012 by senior Brotherhood leader Khairat el-Shater that Saudi Arabia had offered billions of dollars in return for Mubarak's freedom something Saudi officials hotly denied at the time.

Amid all the intrigue are other insights into Saudi attitudes abroad especially their taste for luxury.

The AP found a 2009 invoice for an unpaid limousine bill racked up by Princess Maha Al Ibrahim, whom Saudi media identify as the wife of senior Saudi royal Abdul-Rahman bin Abdulaziz Al Saud. The invoice, from Geneva-based Golden Limousine Services and addressed to the Saudi mission there, says the princess skipped town after failing to paying a first installment of 1.5 million Swiss francs ($1.4 million at the time) owed to the company and her hotel. When the bill was brought to her attention, "she declared that the amount was too high" and asked diplomats to handle the negotiations over the payment.

Louis Roulet, the administrator of the limousine service, confirmed the document's authenticity when reached by the AP and said he remembers the incident well. The total bill was "far more" than 1.5 million Swiss francs, he said, adding that it was eventually paid in full.

"We don't work with this family anymore, for the obvious reasons," Roulet said.

Still, the Algerian-born Roulet was unfazed, saying these kinds of disputes were typical of the Arab customers he dealt with.