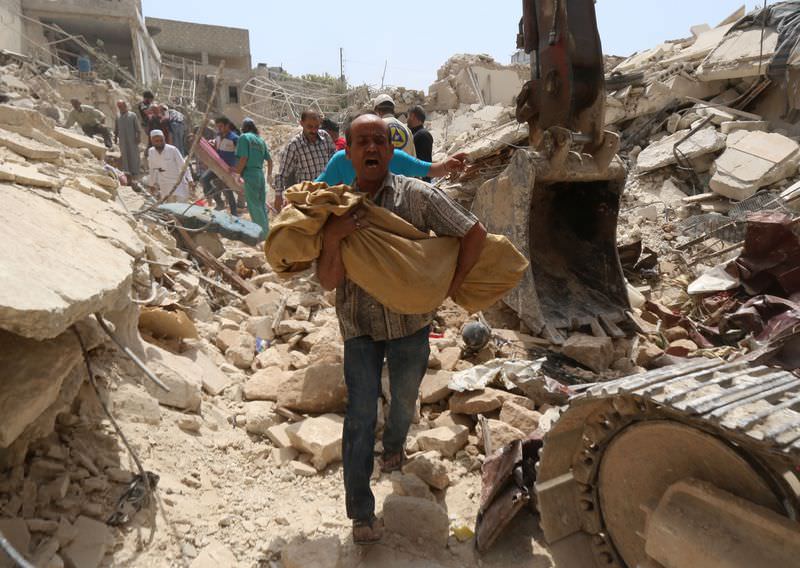 A Syrian man carries a body after it was removed from the rubble of buildings following a reported barrel bomb attack by government forces on the Qadi Askar district of the northern Syrian city of Aleppo on May 20, 2015. (AFP Photo)
by Daily Sabah Jun 25, 2015 12:00 am
The pro-Assad Syrian Arab News Agency (SANA) English's attempt on Monday to promote the country has failed, resulting in just a mere reminder of the atrocities taking place in the war-torn country.

Asking its 15,700 followers on Twitter to share snaps of their best moments in their country with the hashtag "SummerInSyria", the Syrian State news agency's social media campaign backfired terribly.

Many Twitter users used the hashtag to show the bombed and wrecked cities, thousands of injured people and the pain the Syrian citizens have been living though the past 4 years in the war-torn country.

According to the Syrian Observatory for Human Rights, the conflict, which started in 2001 with President Bashar al-Assad's brutal anti-democratic demonstrations, has killed more than 210,000 people and has forced millions of residents to flee their country.