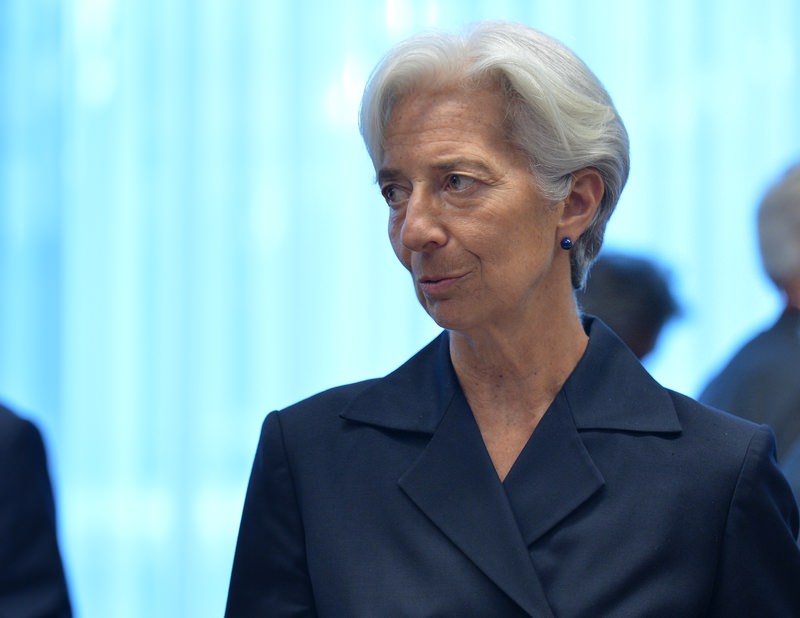 by Jul 02, 2015 12:00 am
One day after Greece became the first developed economy to default on a loan with the International Monetary Fund, the head of the international lender on Wednesday suggested that Greece should move to reform its economy before its European creditors give it a break on its debt.

In an interview with Reuters, IMF Managing Director Christine Lagarde was asked which should come first, commitments to reform by Athens or relief on its debts from euro zone governments.

"Given where we are, my suspicion is it would be much preferable to see a deliberate move towards reforms (and) for that to be followed through by the other side of the balance," Lagarde said.

Greece's government had pushed for debt relief in months of negotiations with its European and IMF lenders on a cash-for-reform deal before Athens abruptly called a referendum.

A defiant Prime Minister Alexis Tsipras urged Greeks on Wednesday to reject an international bailout deal - which calls for even greater austerity measures - wrecking any prospect of repairing broken relations with EU partners before the referendum on Sunday that may decide Greece's future in Europe.

"We do not have a choice as to who represents a country," Lagarde said when asked about the trustworthiness of the Greeks. "And we take all governments, duly elected ... as the legitimate partner in the negotiations."

Less than 24 hours before his combative address, Tsipras had written a conciliatory letter to creditors asking for a new bailout that would accept many of their terms.

Lagarde declined to comment on the latest offer from Athens.

"We have received so many 'latest' offers, which themselves have been validated, invalidated, changed, amended, over the course of the last few days, that it's quite uncertain exactly where the latest proposal stands," she said.

"I think there is a democratic process that is underway, and that should result in hopefully more clarity, less uncertainty as to what is the determination of the Greek people, and what is the authority of the Greek government," she said about the referendum.