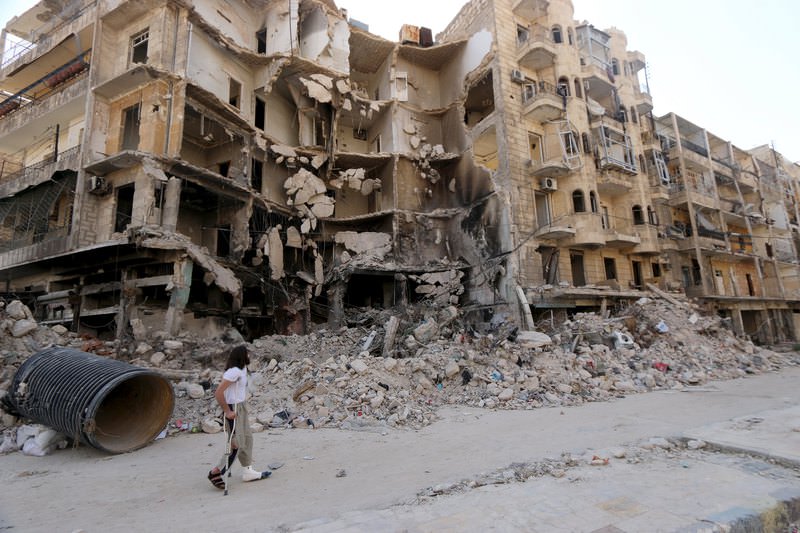 by Jul 03, 2015 12:00 am
Syrian opposition rebels launched a wide-scale attack on regime strongholds late Thursday in the northern province of Aleppo, killing and wounding some 80 people, a monitoring group said.

"This is the heaviest attack by rebel forces Aleppo has witnessed since two years, as more than 400 shells fell on regime-held areas in Aleppo," Rami Abdel Rahman, head of the Syrian Observatory for Human Rights, told dpa.

The attack came shortly after 13 Islamic brigades, mainly made of the al-Qaeda-affiliated al-Nusra Front, Mujahidi al-Islam, Ahrar al-Sharm and others announced that they have set "a joint military operation room" aimed at liberating Aleppo and its outskirts.

Coinciding with the heavy shelling, rebel fighters attacked from several fronts in the al-Zharaa neighbourhood, Chihan and al-Qalaa region in the old city of Aleppo.

In retaliation, Syrian regime planes bombarded the area of the clashes and rebel-held areas in Hritan, in the northern outskirts of Aleppo.
RELATED TOPICS