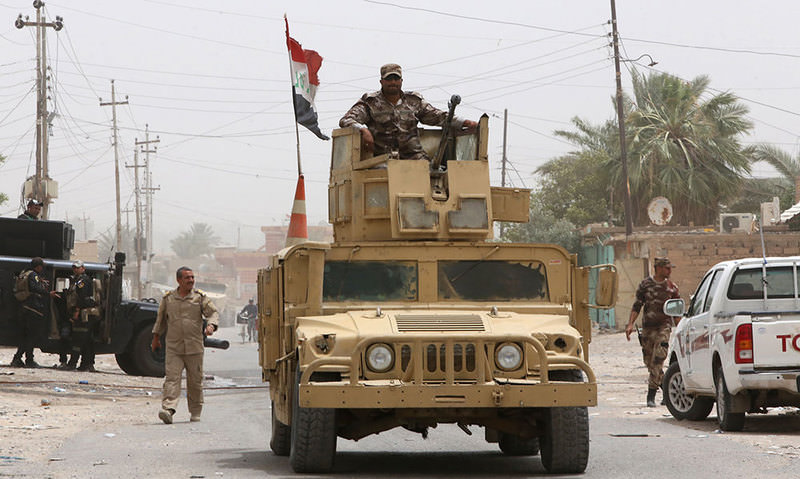 by Daily Sabah with AA Jul 04, 2015 12:00 am
Iraqi Air Forces airplanes dropped leaflets in northwestern Iraq on Wednesday signaling an operation to liberate Mosul, which was captured by the self-proclaimed Islamic State of Iraq and Sham (ISIS) in June 2014.

"Each step that the (Iraqi) government will take for Mosul is for the future and freedom of people. Daesh (Arabic acronym for ISIS) terrorists have polluted your lands [Mosul citizens] a year ago. Liberation from ignorance and oppression is near. Our armed forces are on your doorstep" read the statement of Iraq's Ministry of Interior printed on the leaflet.

The leaflet also warned the people of Mosul to stay away from ISIS strongholds located in the city.

A new radio channel named "Mosul FM" has been established and will soon start to broadcast information regarding the operation, the statement said, urging citizens of Mosul to follow the channel to follow the developments.

Speaking to Anadolu Agency, Sait Memuzini, Kurdistan Democratic Party representative in charge of Mosul, said that Iraqi government signals an operation into the city was soon and the people of Mosul were not abandoned.

Once dubbed as the "Sunni capital of Iraq" and the administrative, economic and cultural center of northern Iraq with a population over 2 million, conditions of the city have rapidly deteriorated following ISIS operations Mosul's environs starting in spring 2014. The capture of Iraq's second largest city in June was a major blow for Iraqi morale in the struggle against ISIS, while triggering debates whether ISIS is transforming into a permanent state structure in the region as it was the first time that the terrorist group has seized the control of an economic and cultural center with a sizeable population.

Despite a massive refugee outflow, predictions suggest that around a million inhabitants still live in Mosul, which is a major constraint for government forces and the U.S. led coalition for their operations in retaking the city.