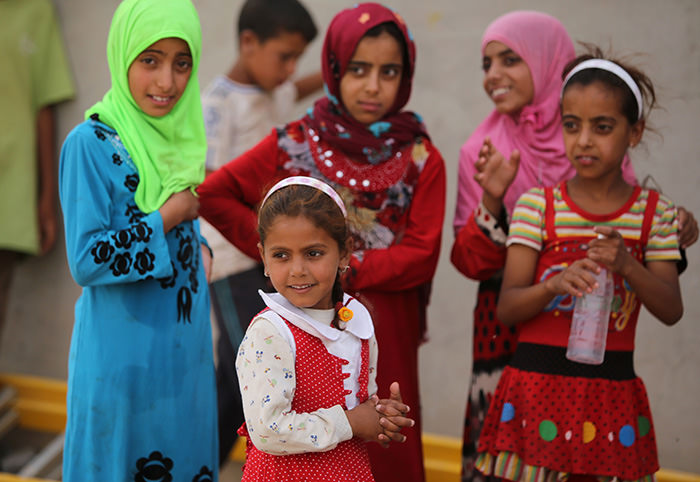 |AA Photo
by Anadolu Agency Jul 05, 2015 12:00 am
The Iraqi High Commission for Human Rights warned that the lives of Iraqi children currently languishing in camps for internally displaced persons (IDPs) were at risk due to an ongoing heat wave in some parts of the country.

The Iraqi High Commission for Human Rights is an independent organization overseen by Iraq's parliament.

Iraq's official organization for meteorology and seismology said on Saturday that temperatures would exceed 50 Celsius in the country's southern regions on Saturday, returning to its normal rate of 45 on Sunday.

"Those most affected by the heat wave are displaced families staying in camps that lack air-conditioning and protection from sunrays," Abdel-Jabbar said.

In recent years, the Iraqi government has declared public holidays at state institutions-except for those related to health and security-due to frequent heat waves.

The number of internally displaced Iraqis currently stands at some four million, the UNHCR said in June.
Last Update: Jul 06, 2015 1:00 am
RELATED TOPICS