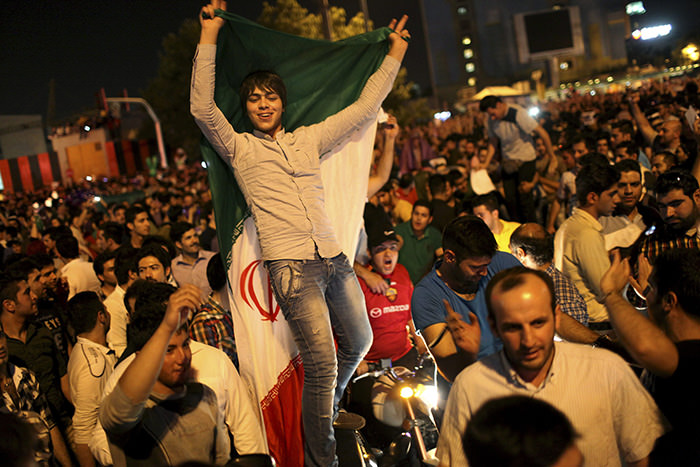 |AP Photo
by Jul 06, 2015 12:00 am
Iran's Interior Ministry has banned any form of public celebration should a long-awaited deal on the country's nuclear programme be reached this week.

The government is not planning any event, nor would spontaneous street parties be condoned, Iranian media quoted a ministry spokesman as saying on Monday.

When Iran and six world powers - Britain, China, France, Russia, the United States and Germany - agreed on the outlines of the planned deal in April, tens of thousands flocked to the streets of Tehran.

Car horns honked, and people feted their president and foreign minister by shouting "Rowhani, Zarif, we thank you!"

Chants of "(US President Barack) Obama, Obama" could also be heard.

The streets were also crowded by youths who danced to banned Western pop songs such as Happy by US star Pharrell Williams.

Iran and the sextet of world powers aim to finalize the April deal by midnight on Tuesday. Such an agreement would prevent Tehran from building nuclear weapons in return for the lifting of sanctions.

Wednesday is a religious day of mourning for Shia Muslims, as they commemorate the death of Ali, the first Shiite imam.

Consequently, celebrations, music and dancing are strictly banned on this day in Iran, which is ruled by conservative Shiite clerics.