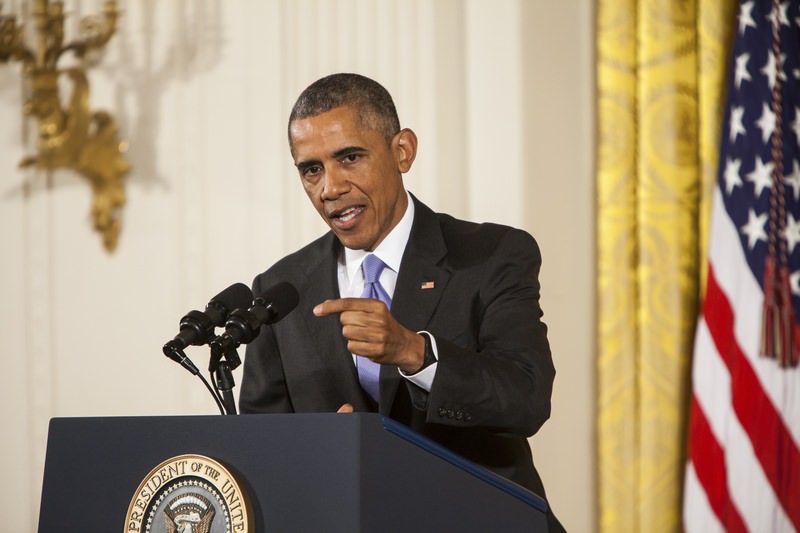 by Compiled from Wire Services Jul 15, 2015 12:00 am
US President Barack Obama sought Wednesday to defend a ground-breaking deal to curb Iran's nuclear program from a tide of criticism, saying "profound differences" would remain with Iran.

Amid fears Washington was seeking to cozy up to its long-time foe with a deal which would stand the test of time, Obama said: "Even with this deal, we will continue to have profound differences with Iran."

"Iran still poses challenges to our interests and values," the US leader told reporters, citing "its support of terrorism and its use of proxies to destabilize parts of the Middle East."

Only a day after world powers agreed a deal after almost two years of negotiations to stop Iran acquiring a nuclear bomb, Obama went on the offensive to stop skeptics at home and abroad from seeking to derail the long-awaited accord.

The agreement, signed on Tuesday after 18 days of marathon talks in Vienna, aims to roll back Tehran's nuclear program in return for lifting sanctions that have crippled Iran's economy.

It was hailed by the United States, the European Union, Iran and NATO -- all of whom hope the deal will end decades of bad blood between the Middle East's major Shiite Muslim power and the West -- but branded a "historic mistake" by Tehran's archfoe Israel.

"With this deal we cut off every single one of Iran's pathways to a nuclear program," Obama insisted at a White House press conference.

"And Iran's nuclear program will be under severe limits for many years. Without a deal, those pathways remain open."

He insisted Iran's nuclear program would be under unprecedented monitoring by the UN watchdog.

Obama agreed that "Israel has legitimate concerns about its security relative to Iran."

But he insisted that no one, including Israel, had provided a better alternative to the deal, and "all those threats are compounded if Iran gets a nuclear weapon.

"Without a deal," Obama said, "there would be no limits to Iran's nuclear program and Iran could move close to a nuclear bomb ... Without a deal, we risk even more war in the Middle East."

Washington was not seeking to "normalize diplomatic relations" with Iran.

"Will we try to encourage them to take a more constructive path? Of course, but we're not betting on it," Obama said.

Commenting on Syrian crisis, Obama said that the problems in the war-torn country would not be solved without support from Russia, Turkey and other partners, and he added that Iran needed to be part of those discussions.
"In order for us to resolve it, there is going to have to be agreement among the major powers that are interested in Syria that this is not going to be won on the battlefield," Obama said. He said he did not expect a formal set of agreements with Iran on how to combat ISIS militants.

The United States Wednesday presented a draft resolution to the UN Security Council asking it to endorse the historic nuclear deal, which could be voted on as early as Monday or Tuesday, diplomats said.

The draft text seeks formal UN approval for the hard-won, ground-breaking agreement reached in Vienna on Tuesday after 18 days of talks.

The resolution would also replace the existing framework of Security Council sanctions with the restrictions set out in the agreement, under which Iran has dismantle or mothball much of its nuclear industry.