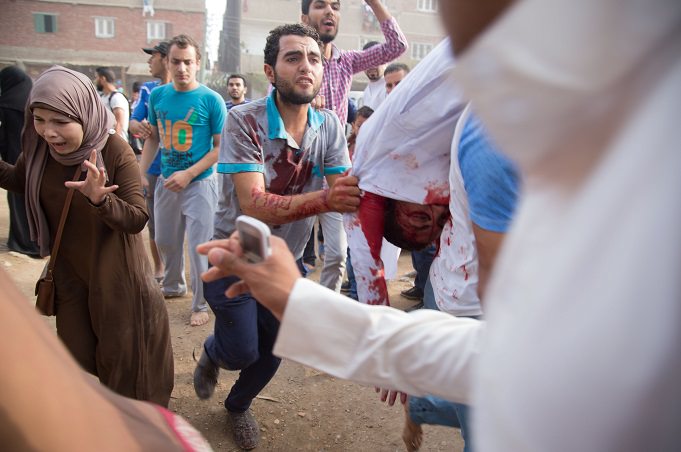 by Anadolu Agency Jul 17, 2015 12:00 am
Six people were killed and seven were injured by security forces on Friday during anti-regime protests that began following the Eid al-Fitr prayers in Egypt's Giza province west of Cairo, according to security and medical sources.

A security source told Anadolu Agency on condition of anonymity that six protesters had been killed in the Al-Talbiya neighborhood of southern Giza's Al-Haram district "during clashes with security forces."

According to the same source, another 12 people were arrested during the melee.

Eyewitnesses also said that other parts of Giza - including the Nahiya and Al-Omraniyah districts - had seen similar protests against President Abdel-Fattah al-Sisi, which, they said, had been quelled by security forces using live ammunition.

The Muslim Brotherhood-the group from which Egypt's ousted and imprisoned president, Mohamed Morsi, hails-decried the harsh security response to Friday's protests, describing it as "a vengeful act by murderers."

Egypt has been dogged by instability since Morsi, Egypt's first democratically elected president, was overthrown in a military coup on July 3, 2013.

In the two years since, the Egyptian regime has waged a harsh crackdown on political dissent that has left hundreds of the regime's opponents dead and tens of thousands behind bars.
Last Update: Jul 20, 2015 1:19 am
RELATED TOPICS