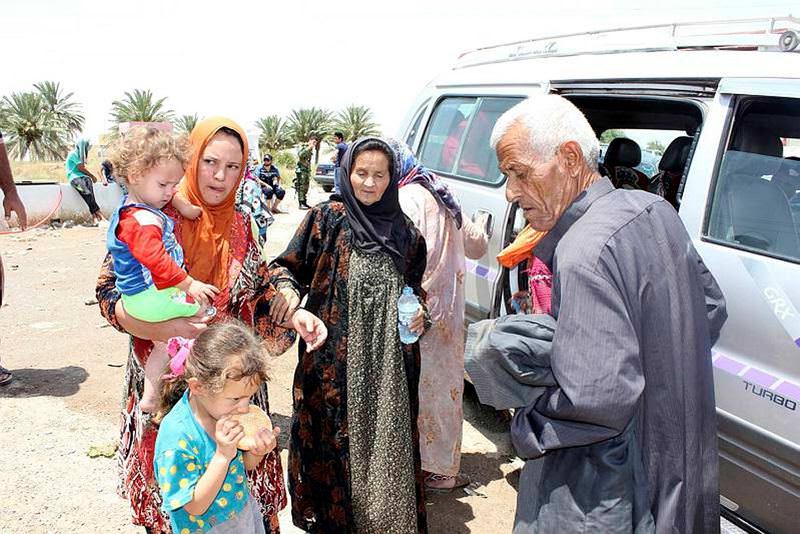 Turkmens, one of the largest ethnic minorities in Iraq, have been targeted by ISIS ever since the group gained power in the conflict-torn country. An Iraqi lawmaker said 500 armed Turkmen were killed in a recent attack by ISIS

At least 500 Turkmen fighters have been killed by Islamic State of Iraq and al-Sham (ISIS) militants since the extremist group took over control in several provinces of Iraq, ethnic Turkmen deputy Arshad al-Salehi said. The deceased Turkmens were mostly from the Kirkuk and Saladin provinces. ISIS has been targeting Turkmens since gaining power in Iraq. Al-Salehi also said that at least 200,000 Turkmens have been displaced since June 2014. Turkmens are targeted "systematically" and ignored by the international community, the Iraqi lawmaker said. He also said that there were attempts to carry out demographic changes in Iraq.

Last Saturday, seven people were killed and at least 40 wounded after a suicide bomb in Iraq's Saladin province in a town housing large Turkmen population. Kasım Kazancı, the head of the Iraqi Turkmen Front Kirkuk Province, said that the attack directly targeted Turkmens.

Turkmens are a Turkic ethnic group that is one of the largest ethnic group after Arabs and Kurds in the region, located primarily in Iraq and Syria. According to official statistics, the Iraqi Turkmen population was 567,000 during the 1957 census. After the 1997 census, the number of Turkmens was 600,000. Out of a total population of 22 million, the Iraqi Turkmens form 2.7 percent of the total Iraqi population. However, the census only allowed for one of two ethnic groups - Arabs and Kurds. According to the Unrepresented Nations Peoples Organization (UNPO), the Turkmen community's population is three million (13 percent of the total population of Iraq), while Iraqi Turkmens claimed that their population is over three million. Currently, at least 180,000 Turkmens live in Kirkuk, 250,000 in Irbil, 300,000 in Baghdad, 500,000 in Mosul, 220,000 in Tal-Afar district, UNPA said. According to the Turkish Asian Center for Strategic Studies (TASAM), over two million Turkmens live only in Kirkuk, while some western sources allege less than 500,000. In the past, Kirkuk remained under the control of the Seljuk Empire and later, under the Ottomans. There are no clear estimates on the Turkmen population in Syria. Some sources put the population between 100,000-200,000. According to the Turkmen National Council, 3.5 million Turkmens live in Syria.

A report released in mid-July by the U.N. shows that armed conflict has left nearly 15,000 civilians dead and about 30,000 wounded in Iraq during the last 16-month period since 2014. The U.N. Assistance Mission for Iraq (UNAMI) report said that members of ethnic and religious communities in areas under ISIS control continue to be persecuted, with around 3,500 Yazidis remaining in ISIS captivity, suffering physical and sexual violence. According to the UNAMI report, 14,947 Iraqis lost their lives and 29,189 others were wounded between the beginning of 2014 until the end of April 2015. According to UNAMI and the U.N.'s Office of the High Commissioner for Human Rights (OHCHR), over 2.8 million people fled their homes during the 16-month period, including an estimated 1.3 million children. Baghdad was the worst affected city with 1,481 dead and 4,009 wounded.
Last Update: Jul 28, 2015 8:21 pm
RELATED TOPICS