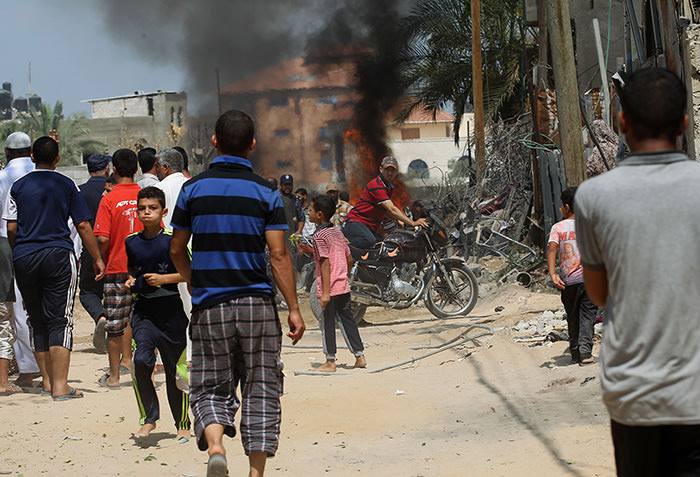 "Four Palestinians were killed and 30 others wounded" in a blast inside a house in Al-Shabura (refugee) camp near Rafah, Gaza health ministry spokesman Ashraf al-Qudra said, updating an earlier toll of two.

Qudra said four of the wounded were in a serious condition.

Officials in the Palestinian territory said an investigation was underway to determine the cause.

Ezzedine al-Qassam Brigades, Hamas's military wing, mourned in a statement the death of group member Abdel Rahman Abu Naqira, who was "martyred in the accidental explosion."

The Gaza Strip, ruled by Hamas, has seen three wars with Israel in the last six years. Israel launched an offensive military attack against the Gaza Strip in July 2014, which according to official United Nations figures killed 2,104 Palestinians, including 1,462 civilians of whom 495 were children and 253 women.
Last Update: Aug 06, 2015 3:03 pm
RELATED TOPICS