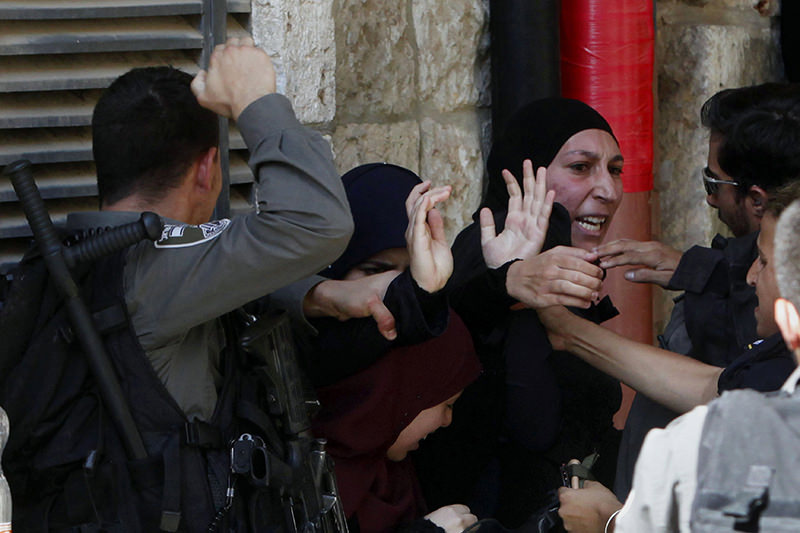 "Israeli police set up barricades at the entrances of the mosque and barred a number of women and children from entry," one witness told Anadolu Agency. "Several of the children cried in terror after Israeli police chased them near the mosque compound's Al-Asbat Gate."

Tension has been running high at Al-Aqsa since Tuesday morning, when Israeli police allowed dozens of extremist Jewish settlers to enter the flashpoint mosque complex.

Over the past two years, groups of Jewish extremists-often accompanied by Israeli security forces-have repeatedly forced their way into the mosque compound.