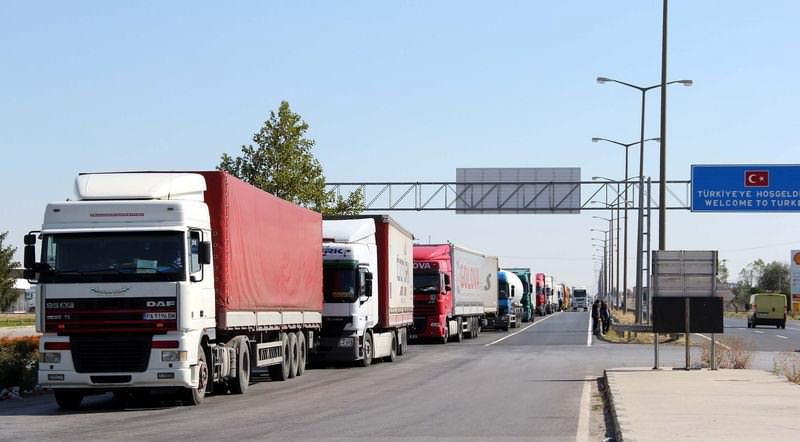 by Aug 12, 2015 12:00 am
Iran closed its main border crossing into Turkey after an Iranian truck was attacked while crossing over to Turkey, Iranian state television said Wednesday.

The report did not say who carried out the attack or what the motive was, but Turkey has been dealing with terrrorist attacks in recent weeks involving the Kurdish separatists.

"Following a new attack yesterday evening on an Iranian truck in Turkey, the Bazargan border post into the country has been closed," said Davoud Keshavarzian, head of the road traffic organisation.

However, he said the border remains open from Turkey into Iran.

The truck driver was unharmed in the attack.

More than 71,000 trucks have passed through Bazargan, located in northwestern Iran, since the beginning of the Iranian fiscal year on March 20.

At the end of July, Iran suspended train services between Ankara and Tehran after PKK's two bomb blasts on the railway in eastern Turkey.

And a bomb exploded last month on the Iran-Turkey gas pipeline in Ağrı province in eastern Turkey.

Attacks have been on the rise since a bombing killed 32 people in southern Turkey on July 20, ending a two-year truce between Turkey and the PKK, who are active in eastern Turkey.

Turkey claimed the bombing was carried out by the terrorist group ISIS, and launched airstrikes on a few ISIS positions in north Syria, as well as PKK targets in northern Iraq.