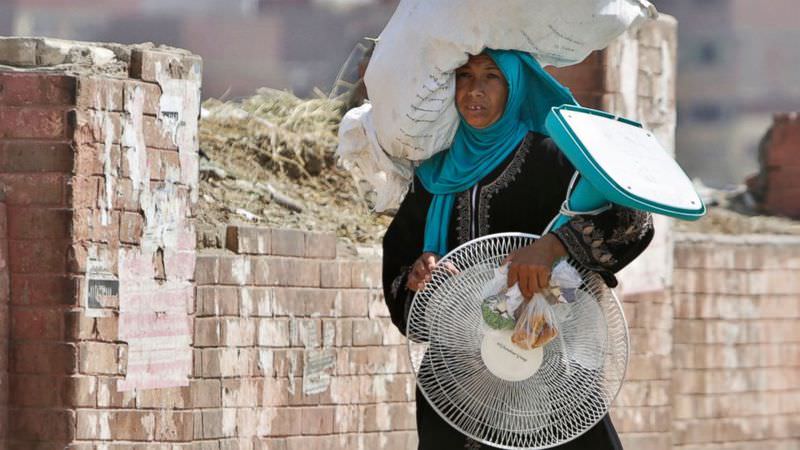 by Daily Sabah with AA Aug 13, 2015 12:00 am
Another 15 Egyptians died of high temperatures on Wednesday, taking the death toll from scorching hot weather to 76 this week, the country's health ministry said.

In a statement, the ministry said that six people had passed away in capital Cairo, while other fatalities were reported in other provinces.

Another 447 people were hospitalized after suffering heat-related fatigue on Wednesday, the ministry said.

The new deaths brought to 76 the number of people who had lost their lives due to the extremely hot weather this week.

Temperature decrees have soared across Egypt since last week with the state official weather agency expecting the heat wave to continue until mid-August.

The death toll in the Karachi heat wave in the coast of Pakistan has reached 1,400 people, according to the statements of Pakistani health officials in June this year.

Meanwhile, more than 1,150 people are dead from a heatwave sweeping across south India with more fatalities being reported due to the heat, officials said in May 2015.