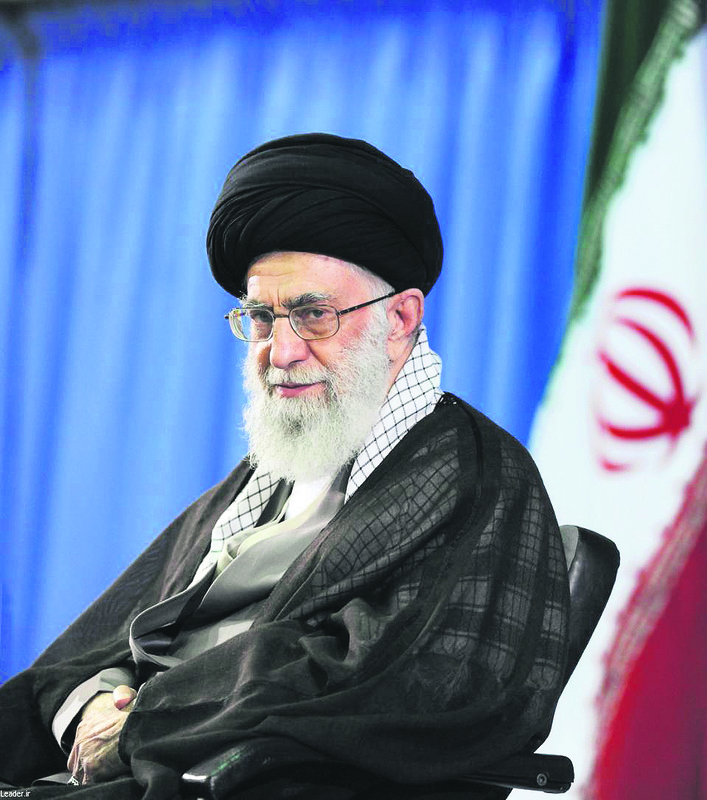 by Daily Sabah with AP Aug 18, 2015 12:00 am
Iran's Supreme Leader Ayatollah Ali Khamenei said Monday the fate of a historic nuclear deal with world powers is still unclear as lawmakers in both the Islamic Republic and the U.S. review it. The comments by Khamenei, who has the final say on all state matters in Iran, suggests he supports allowing Iran's parliament to review and vote on the deal. However, his remarks carried on his official website still offered no clue on whether he himself supported the accord. Referring to the U.S., Khamenei said: "In their understanding of the deal, of which its fate is not clear since it is not clear if will be approved here or there, their intention was to find a way to penetrate into the country." He added: "We blocked the way. We will strongly block this way. We will not allow either economic penetration or political and cultural penetration into the country by the U.S." Although the supreme leader has declared his support for the nuclear negotiators, he has never publicly approved or disapproved the deal. Yet, considering his position in Iranian politics, it seems impossible to reach a nuclear deal without his private approval. Iran's parliament and the Supreme National Security Council will consider the agreement this week.

The nuclear talks in Lausanne, Switzerland, between the P5+1 (the five permanent members of the U.N. Security Council and Germany) and Iran produced a framework to curb Iran's nuclear program that could allow Tehran to regain lost ground in the oil market. By ensuring that the sanctions imposed on Iran remain untouched until Western powers are satisfied with Tehran's adherence to the conditions of the agreement and giving negotiators until June 30 to hammer out a comprehensive agreement, the deal does not offer much of a chance for an increase of Iranian oil sales until 2016. U.S. and EU sanctions will be lifted after the International Atomic Energy Agency verifies that "Iran has taken all of its key nuclear-related steps," and if Iran fails to fulfill the commitments, the sanction will be put back into effect, according to the statement released by the negotiating countries. The framework accord offers Iran more than $110 billion a year with the dropping of sanctions and a return to the global market. The framework includes limits on Iran's enrichment of uranium for 10 years. Iran agreed to reduce the number of installed uranium enrichment centrifuges to 6,104 from 19,000 and will operate only 5,060 of them for 10 years, according to a U.S. fact sheet.

Ayatollah Khamenei is known for his tough stance against the U.S. and Sunni countries in the region, including Saudi Arabia and Turkey. The sectarian policies of Iran in Iraq, Syria, Lebanon, Yemen and Bahrain are attributed to the effective role of religious leaders, especially Khamenei, in politics. The Western community also considers the supreme leader as an obstacle for amending relations with Iran as religiously motivated policies harm relations. Khamenei became supreme leader following the death of Ayatollah Ruhollah Khomeini, who led the revolution to overthrow the pro-Western shah in 1979. Without becoming a charismatic leader, Khamenei is compelled to follow balanced politics within the country.
Last Update: Aug 18, 2015 5:56 pm
RELATED TOPICS