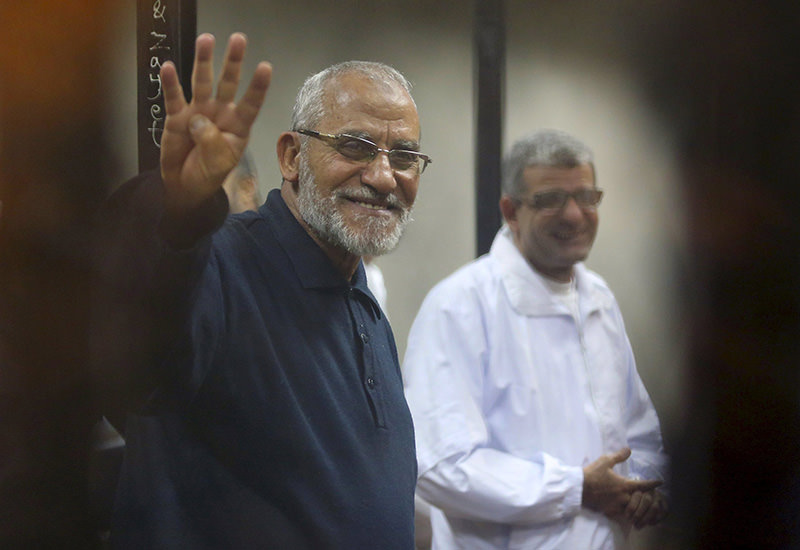 Muslim Brotherhood's Mohamed Badie in Egyptian court (Reuters Photo)
by Daily Sabah with AP Aug 22, 2015 12:00 am
Egypt's state-run news agency says Muslim Brotherhood leader Mohammed Badie and 16 others have been sentenced to life in prison on charges related to the killing of five people in an attack on a police station in 2013.

The court sentenced 76 others in absentia to the same punishment. Badie has already been sentenced to death and to life in prison in other trials.

Badie is one of thousands of Muslim Brotherhood figures and supporters who have been arrested in a deadly crackdown following the overthrow of the first democratically elected president Mohammed Morsi by the incumbent President Abdel-Fattah el-Sissi.

The Brotherhood has been called a "terrorist organization" by the Egyptian authorities. Muslim Brotherhood's supporters have organized demonstrations against persistent military-backed government violence, which has often led to clashes.