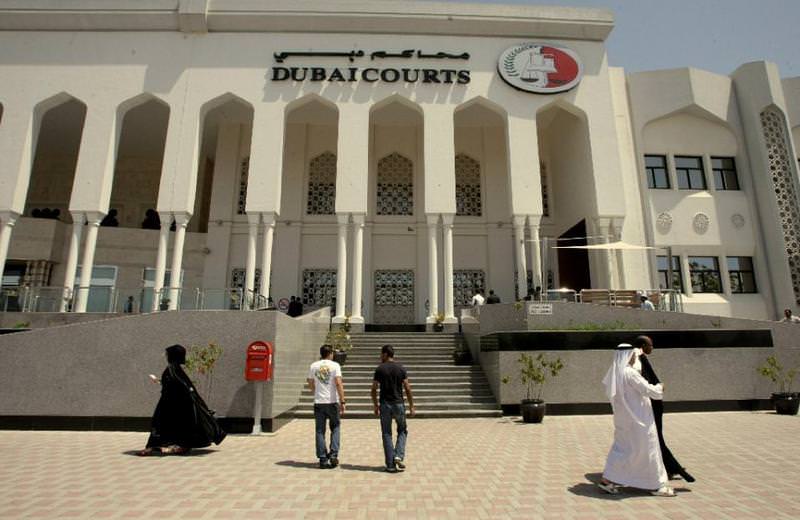 Mass trials on terrorism charges are rare in the UAE which has largely been spared by the takfiri militancy that has hit other Arab states. (AFP Photo)
by Aug 24, 2015 12:00 am
A rare mass trial of 41 radicals accused of seeking to overthrow the government and links with "terrorists" opened on Monday in the United Arab Emirates, official media reported.

WAM news agency said the hearing at the state security court in Abu Dhabi was devoted to procedural measures, including the appointment of lawyers.

The judge then adjourned the trial to September 28.


Earlier this month, the prosecutor general accused the defendants, who include both Emiratis and foreigners, of plotting attacks aimed at trying to "seize power and establish a caliphate".

He also accused them of creating a group "with a terrorist, takfiri (an extremist) ideology".

Takfiris regard Muslims who do not follow their extreme interpretation of Islam as apostates who can be killed.

ISIS, which has set up a "caliphate" on territory it has captured in Syria and Iraq, follows the takfiri ideology, as does Al-Qaeda.
It was not immediately clear if the 41 suspects were accused of links to either group.

However, the prosecutor has said they were in touch with "foreign terrorist organisations... to help them achieve their goal".

The defendants could face the death penalty if found guilty.

They are also accused of setting up cells to train members in handling weapons and explosives in preparation for attacks in the UAE.

Authorities reported their arrest on August 2 and prosecutors immediately levelled the accusations against them and said they would face trial.

Such mass trials on terrorism charges are rare in the UAE which has largely been spared by the takfiri militancy that has hit other Arab states.

The UAE is part of a U.S.-led coalition that has been carrying out air strikes against ISIS in Syria since September last year.

The wealthy Gulf state has upped security measures in the aftermath of the 2011 Arab Spring uprisings.

In July, it adopted tougher anti-terror legislation and introduced the death penalty for crimes linked to religious hatred.

These measures were taken a week after an Emirati woman convicted of the extremist-inspired murder of a U.S. schoolteacher was put to death by firing squad in a rare execution approved by President Sheikh Khalifa bin Zayed al-Nahyan.
Last Update: Aug 24, 2015 8:06 pm
RELATED TOPICS