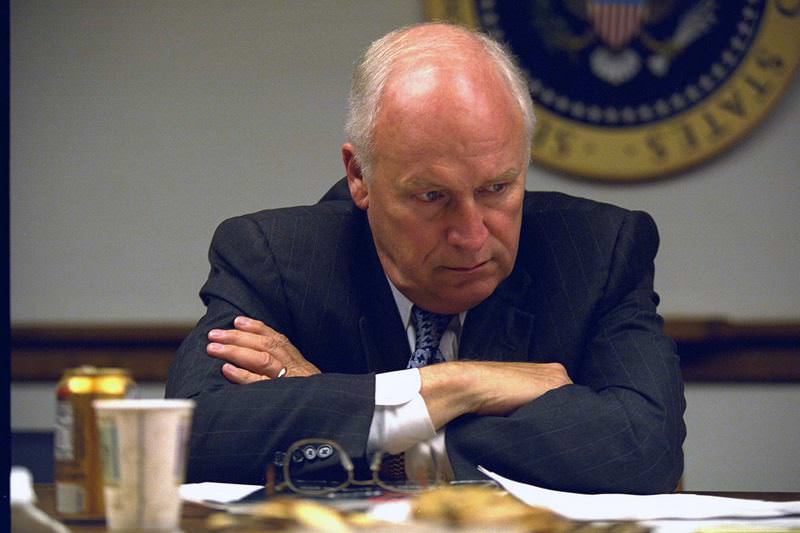 by Daily Sabah Sep 01, 2015 12:00 am
Former U.S. Vice President Dick Cheney and his daughter Liz Cheney have claimed that the nuclear deal between Iran and the P5+1 countries may lead to the first nuclear weapon use since World War II, in an op-ed, published in the Wall Street Journal on Friday. Ahead of publishing his book "Exceptional: Why the world needs a powerful America," the Cheneys compared the deal to the 1938 Munich pact that led to World War II. They further claimed that the U.S. lost its global leadership during the U.S. President Barack Obama's era. The Cheneys warned Americans to choose the next president wisely.

"In 1983, as the U.S. confronted the threat posed by the Soviet Union, President Ronald Reagan explained America's unique responsibility. 'It is up to us in our time,' he said, 'to choose, and choose wisely, between the hard but necessary task of preserving peace and freedom, and the temptation to ignore our duty and blindly hope for the best while the enemies of freedom grow stronger day by day,'" the first paragraph of the article read.

"The Obama agreement will lead to a nuclear-armed Iran, a nuclear-arms race in the Middle East and, more than likely, the first use of a nuclear weapon since Hiroshima and Nagasaki," he wrote. Cheney accused the U.S. president of not being truthful about the facts surrounding the deal and said that "nearly everything the president has told us about his Iranian agreement is false. He has said it will prevent the Iranians from acquiring nuclear weapons, but it will actually facilitate and legitimize an Iranian nuclear arsenal," he said.

The father and daughter also blamed Obama for the rise of the ISIS that controls large swathes of Iraq and Syria. The two slammed Obama for damaging the "indispensable nature of American power." Cheney said Obama abandoned Iraq, "leaving a vacuum that is being tragically and ominously filled by our enemies. He is on course to forsake Afghanistan as well," he said.

Cheney is known for his support for Republicans and Republicans have criticized Obama's policies in the Middle East, claiming that the U.S. remains unable to combat ISIS and the deal with Iran will leave the region in the hands of Tehran.

The response to the Cheneys' harsh criticism came from White House spokesman Josh Earnest who said that those who oppose the Iran nuclear agreement, like Cheney, are "pro-war" and are some of the same people who got the U.S. into a war with Iraq in 2003. "There's no doubt that we've seen forceful advocacy to kill this deal," Earnest said. "It's the same forceful advocacy we've seen in the run up to the Iraq war in 2003. In fact it's many of the same people making the same arguments," he said.
RELATED TOPICS