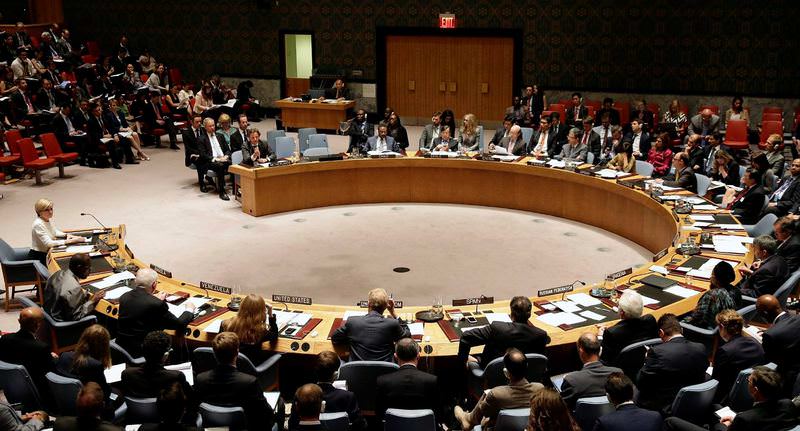 While fierce battles continue in Syria, and with Russia and Iran vowing more support for the regime, U.N. Secretary-General Ban Ki-moon told The Guardian the U.N. Security Council is failing in Syria

Since the civil war in Syria started in 2011, international and regional actors have failed to find a solution to end the crisis. The United Nations has been the addressee for finding a common ground to end the war in Syria. However, the U.N.'s efforts have failed and its envoys have been considered inefficient. Several meetings, organized by the U.N., between opposition representatives and the regime have been held but have yet to yield a result. The U.N. needs structural change, according to many experts and Turkish President Recep Tayyip Erdoğan, since the disputes among the five permanent members – the U.K., France, the U.S., Russia and China - have deepened the conflicts and emerged as an obstacle for peace. Every attempt by the U.N. to help in Syria has been blocked by Russia and China as the two countries are considered to be in a proxy war against the Western powers in the region and see Syria's Bashar Assad as a safeguard for their interests.

U.N. Secretary General Ban Ki-moon told the Guardian that the U.N. Security Council is failing Syria because of power divisions that have prevented action to end a conflict that has cost hundreds of thousands of lives and driven the biggest refugee exodus in a generation. Accusing Russia and China of focusing on only their own interests, he said the two countries should look beyond national interests and stop blocking Security Council action on the conflict in Syria. "We need some solidarity, unity of purpose, particularly among the permanent members of the security council. When they are divided, it is extremely difficult for the United Nations to deliver. That's why I've been urging the members of the security council to look beyond national interest. We have to look for the global interest," he said. Highlighting the fact that how a unified U.N. body can rapidly solve problems, he said, "When the security council members are united we have seen very speedy and tremendous impacts in addressing the issues, as we have seen in the case of the chemical weapon investigation in Syria."

However, Russia and China are not likely to change their policy and stance as Moscow vows to increase its military and financial support for the regime. Unconfirmed reports recently claimed that Russian Foreign Minister Sergey Lavrov said Russia will enhance Russian military build-up. In return, the U.S. State Department said U.S. Secretary of State John Kerry made clear to Lavrov that such actions "could further escalate the conflict, lead to greater loss of innocent life, increase refugee flows and risk confrontation." Russia has never concealed the fact that it has been supplying military equipment to Syria aimed at fighting terrorism, RIA Novosti news agency cited a foreign ministry spokeswoman as saying on Monday.

Similar to Russia, the Tehran administration repeated that it backs Assad and does not consider the options that do not include the embattled president. Iran's Foreign Minister Mohammad Javad Zarif said yesterday the ouster of Assad would prolong the civil war.

"Moscow and Tehran's backing for Assad is underpinned by the fact they see no alternative who can guarantee their interests. While Assad may control a fifth or even less of Syria, they still see him as the cornerstone of what remains of the state, including the military and security forces that many Syria experts believe would fragment were he gone," Reuters reported yesterday. A senior Russian diplomatic source was quoted by Reuters as saying that "Proposals by our partners for the change of regime in Damascus are illegitimate."
Last Update: Sep 08, 2015 12:23 pm
RELATED TOPICS