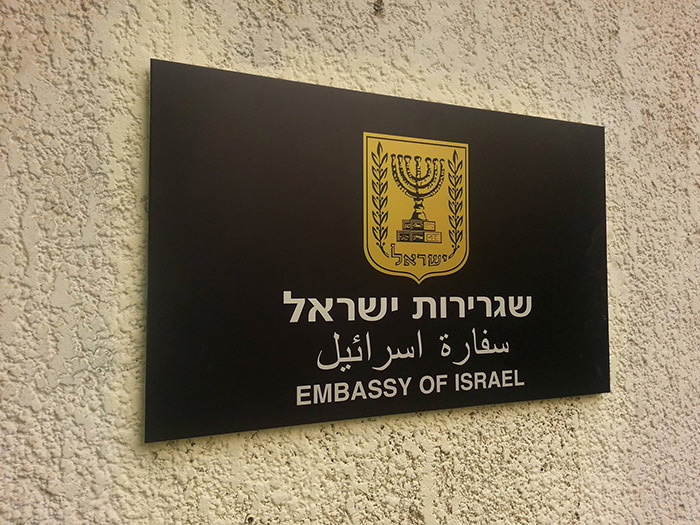 In a Thursday statement, the Israeli embassy in Cairo said that the Israeli flag was raised again above the embassy on Wednesday, four years after "an assault" on the building.

"We thank President of the Republic Abdel-Fattah al-Sisi and the Egyptian government [for the move], hoping that peace will continue between the two countries," the statement said.

The Israeli embassy was evacuated in 2011 after protesters tore down the Israeli flag and ransacked the building following the cross-fire killing of five border guards by the Israeli army in Sinai.

Former Egyptian President Mohamed Morsi withdrew Egypt's ambassador from Israel in 2012 in protest of an Israeli offensive on the Gaza Strip.

The Egyptian government, however, said in June that it would send in a new ambassador to the self-proclaimed Jewish state.

Egypt was the first Arab country to recognize Israel following the signing of a peace treaty in 1979. Despite the treaty, the two countries remain in a state of "cold" peace.

Israel, which occupied Egypt's Sinai Peninsula for six years prior to the 1973 Arab-Israeli War, is still viewed in a negative light among much of the Egyptian public due to its heavy-handed treatment of Palestinians in the occupied territories.
Last Update: Sep 10, 2015 5:56 pm
RELATED TOPICS