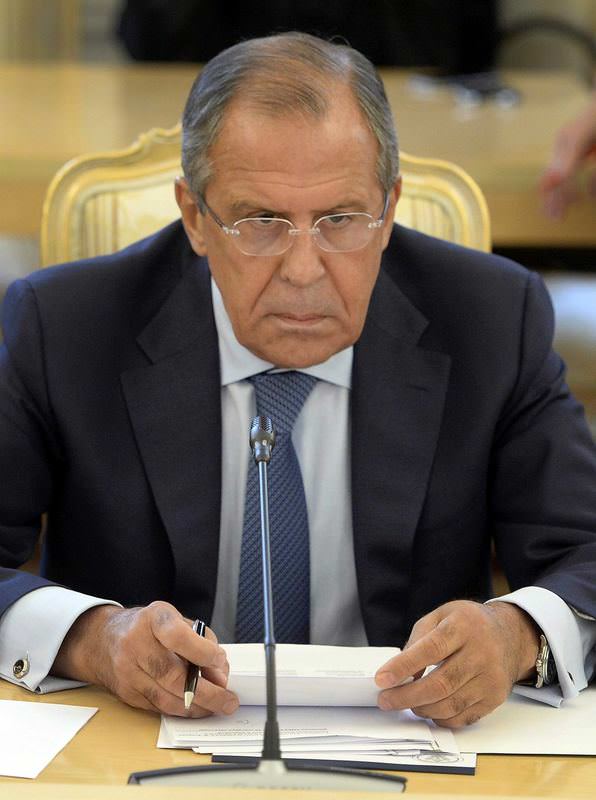 by Daily Sabah with Wires Sep 11, 2015 12:00 am
Russian Foreign Minister Sergey Lavrov said yesterday Russian aircraft flying into Syria are delivering military supplies and humanitarian aid but he shed no light on what the U.S. and NATO worry is a Russian military buildup at a Syrian airfield. Lavrov on Thursday once again confirmed that Russia has military personnel in Syria, but said nothing about reported deployments of additional troops. Asked about Russian planes flying to the airfield near the Syrian city of Latakia, Lavrov said they were carrying "military goods in accordance with existing contracts and humanitarian aid." Some photos on twitter showed Russian troops in Syria. Maria Zakharova, a spokeswoman for the Foreign Ministry, said they were experts and were assisting with Russian arms deliveries to Syria. She told journalists Wednesday that "Russia has never made a secret of its military-technical cooperation with Syria." And she could "confirm and repeat once again that Russian military specialists are in Syria to help them master the weapons being supplied." Russian President Vladimir Putin and other Russian officials also have confirmed in recent days that Russia has military experts in Syria to train its military on how to use Russian-supplied weapons.

Previously U.S. Secretary of State John Kerry spoke to his Russian counterpart Sergey Lavrov to reiterate concerns about Russian military actions in Syria, State Department spokesman said. John Kirby said Kerry made it clear to Lavrov that if reports of Russian military activities are true, it "could lead to greater violence and even more instability in Syria", in addition to harming the international community's efforts to end the conflict. Wednesday's call was the second of such communications between the two in the last week. The White House said it was closely monitoring the situation. "Our bottom line is that we would welcome constructive Russian contributions to the counter-Islamic State of Iraq and al-Sham (ISIS) efforts," White House Deputy Press Secretary, Eric Schultz said, adding it would be "unconscionable" for Russia to provide any support to the regime.

Russia explicitly supports the Syrian regime and, according to the opposition groups, uses ISIS threat as a pretext for aiding Assad who is considered responsible for the death of hundreds of thousands of Syrians. Despite the calls on Russia to change its stance and help seeking solution, Moscow is not likely to change their policy and stance as the Putin administration vows to increase its military and financial support for the regime. Unconfirmed reports recently claimed that Russia will enhance Russian military build-up and may establish an air base in Syria.
RELATED TOPICS