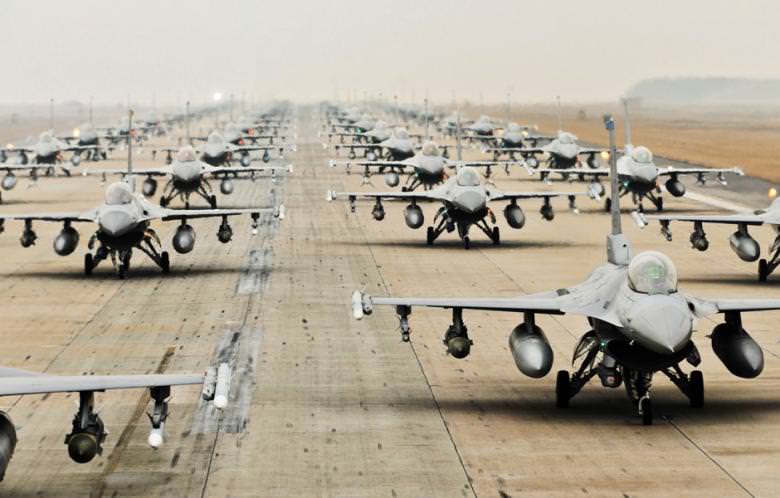 A picture downloaded from the US air force website shows F-16 Fighting Falcons Kunsan Air Base, on 2 March 2012. (AFP Photo))
by Associated Press Sep 14, 2015 12:00 am
A Pentagon spokesman says the Russian personnel and military equipment arriving in recent days at a Syrian air field suggests Moscow intends to operate military aircraft from the base. But he says the U.S. has not yet seen any fighter jets or attack helicopters arrive.

The spokesman, Navy Capt. Jeff Davis, said Monday that he could not reveal specifics about the people and equipment being flown to the base. He called it a "steady flow" over the past week and said it appears designed to set up what the military calls a forward air operating base.

Davis said the U.S. welcomes Russian contributions to the overall campaign against the Islamic State group in Syria and Iraq, but not if those contributions are meant to provide military support for the Syrian government.