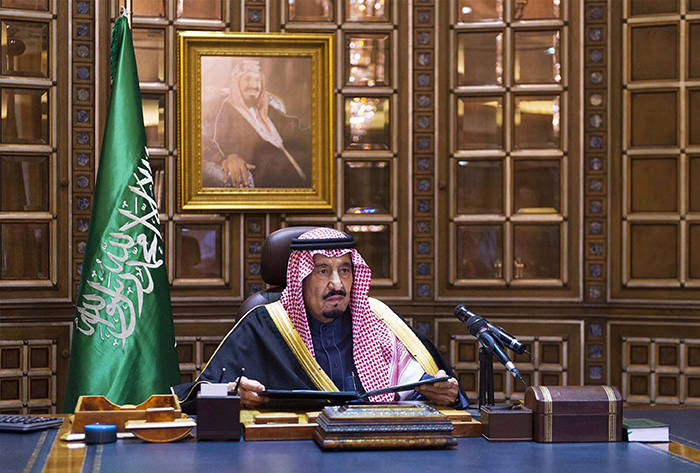 |File Photo
by Daily Sabah Sep 16, 2015 12:00 am
Saudi Arabia's King Salman has refuted criticism against his country's lack of providing assistance to Syrian refugees on Monday saying that critiques were "false and misleading accusations," and added that the country has accepted 2.5 million refugees, during a cabinet meeting.

According to Saudi News Agency, King Salman said that Saudi Arabia has been hosting a total of 2.5 million refugees, more the number of all refugees accepted by the European countries, since the outbreak of the Syrian crisis in 2011.

Saudi Arabia and Gulf countries have come under fire for not providing assistance in dealing with the refugees coming from Syria. The Kingdom adds that they also provide assistance to refugees through other ways.

Nearly 400,000 people have escaped the civil war in Syria and landed in Europe, many risking their lives as they cross the Mediterranean Sea.