Report: ISIS defectors can be used against group 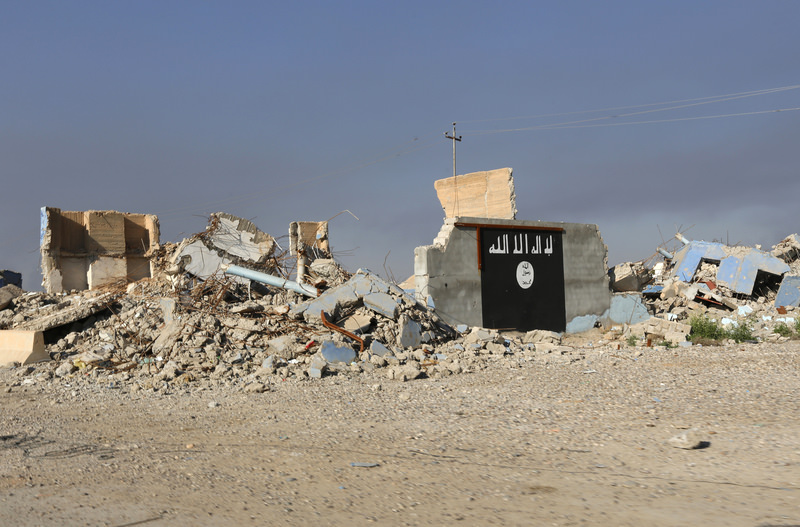 A recently released report said many fighters fled from ISIS after realizing that the group does not serve Islam but only fights against Muslims. The report suggested that the defectors can be used as information sources

A growing number of disillusioned ISIS fighters are defecting from the militant group and could be used by governments to deter potential recruits, a report published Monday said. At least 58 people have left the group and publicly spoken about their defection since January 2014, according to the report by the International Centre for the Study of Radicalization and Political Violence (ISCR) at King's College London. The study said that 17 fighters were reported to have defected in June, July and August alone, adding that they represent only a "small fraction" of former fighters, with many too scared to come forward. The ISCR called on governments to make it easier for defectors to speak out, without the threat of prosecution, as a deterrent to others. Those who told their stories overwhelmingly said they were disaffected by the killing of fellow Sunni Muslims, including innocent civilians, and the group's failure to confront the Syrian regime. "The defectors' voices are strong and clear: 'ISIS is not protecting Muslims. It is killing them,' " the report said.

One defector, identified as Ebrahim B., from Germany, claimed to speak for two dozen of his comrades who traveled to Syria to fight Assad only to be disappointed by the reality on the ground. "Muslims are fighting Muslims. Assad's forgotten about. The whole jihad was turned upside down," the report cited him as saying. ISIS leaders consider the Free Syrian Army, Ahrar al-Sham, and al-Qaida affiliate Jabhat al-Nusra as enemies and have engaged in "vicious battles" with all of them, according to the report. But many defectors argued that fighting other Sunni groups was "wrong, counterproductive and religiously illegitimate," it said, adding that this "was not the kind of jihad they had come to Syria and Iraq to fight." The defectors mentioned in the report were permanent residents of 17 countries, including nine from Western Europe and Australia.

Dozens of defectors have fled to Turkey while others have reportedly been executed as "spies" or "traitors" by ISIS, which considers defection as apostasy. Leaving the group is "complex and dangerous," the report said, with many forced to go into hiding, fearing prosecution. "Many are still trapped inside Syria or Iraq, unable to escape an organization that they no longer feel any allegiance for," the report added.

The ISCR is calling on governments to "recognize the value and credibility of defector narratives" and to ensure the safety of those who speak out, as well as remove the "legal disincentives." While acknowledging that some defectors are "likely to have committed crimes," it believes their testimonies could deter others from joining ISIS. The report also shed light on reasons why people join the group, the most common being the atrocities committed by Assad's government in Syria. It said many also believed ISIS represented a "perfect Islamic State." Some were lured by promises of food, luxury goods, cars and having their debts paid off, promises which rarely came to fruition.

It is claimed that ISIS creates pretexts to execute civilians or tribe members who refuse to obey the group. Although it is not possible to confirm the authentication of the claims, a monitoring group reported that ISIS executed 10 for being gay. The Syrian Observatory for Human Rights said the militants shot dead seven men in Rastan, a town in Homs province of central Syria, "after accusing them of being homosexual." ISIS also executed two men and the boy in the town of Hreitan, in the northern province of Aleppo, for the same reason, said Observatory head Rami Abdel Rahman. He said the executions were carried out in public, but that ISIS fighters destroyed any cameras that had been used to film the killings. ISIS has used brutal violence to enforce its rule in the so-called "caliphate" it declared in territory straddling Iraq and Syria.

Along with homosexuality, witchcraft and loyalty to the regime are also considered capital punishment offences in ISIS-controlled areas. In previous cases, ISIS has beheaded alleged homosexuals or thrown them from rooftops. According to the Observatory, ISIS has executed more than 3,000 people, including at least 1,800 civilians, since it announced its caliphate in June 2014.

In March 2011, Syrians were emboldened enough to raise their voices against the dictatorship. However, the regime's response was not as peaceful as the protests. And the country was subsequently dragged into a deadly civil war after opposition groups took up arms against the government. Opposition groups have also been divided internally. While moderate opposition groups like the Western-backed Free Syrian Army (FSA) are struggling for a democratic Syria where all religions and political groups are free to exist, radical elements like al-Nusra Front, and ISIS aims to establish a new Syria ruled by extremist religious jurisprudence.
RELATED TOPICS