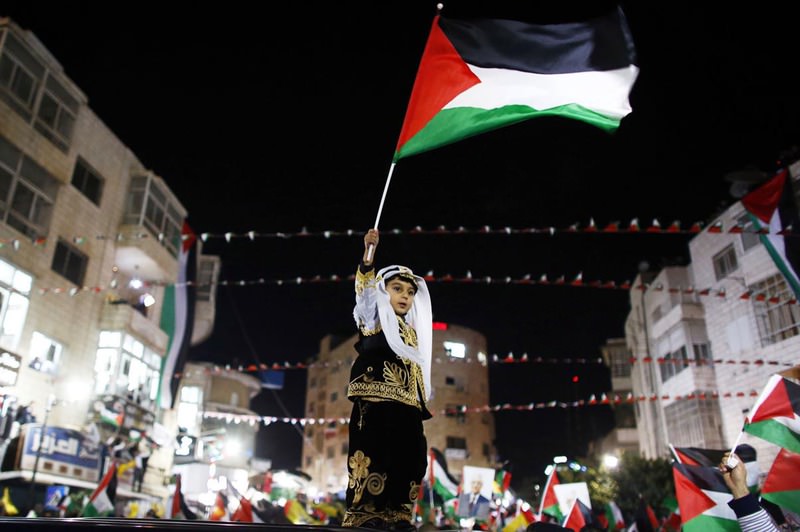 by Daily Sabah with AA Sep 25, 2015 12:00 am
Israel's Security Cabinet on Thursday night unanimously approved a series of tough new measures-including new rules of engagement-to be taken against Palestinian stone-throwers, according to the Israeli prime minister's office.

At Thursday's session, the security cabinet approved the use of live ammunition when the life of a police officer-or a third party-is deemed to be at risk by individuals throwing rocks, firebombs or fireworks.

"Israeli forces will be permitted to open fire-and they will know they have the right to open fire-in the event that lives are at risk," Israeli Prime Minister Benjamin Netanyahu said in a statement.

The security cabinet also decided to impose tougher penalties against those convicted of throwing rocks or firebombs at police, including minors and their parents.

"The Israeli cabinet has decided to impose minimum four-year jail terms for adults convicted of throwing firebombs, rocks or other objects, with a maximum term of 20 years," Netanyahu said.

The cabinet, he added, had also decided to levy higher monetary fines for convicted stone-throwers, along with minimum fines for minors-and their parents-convicted of the offense.

According to the prime minister's office, the new regulation will apply to all Israeli citizens, including Palestinian residents of Jerusalem.
Last Update: Sep 26, 2015 10:31 am
RELATED TOPICS