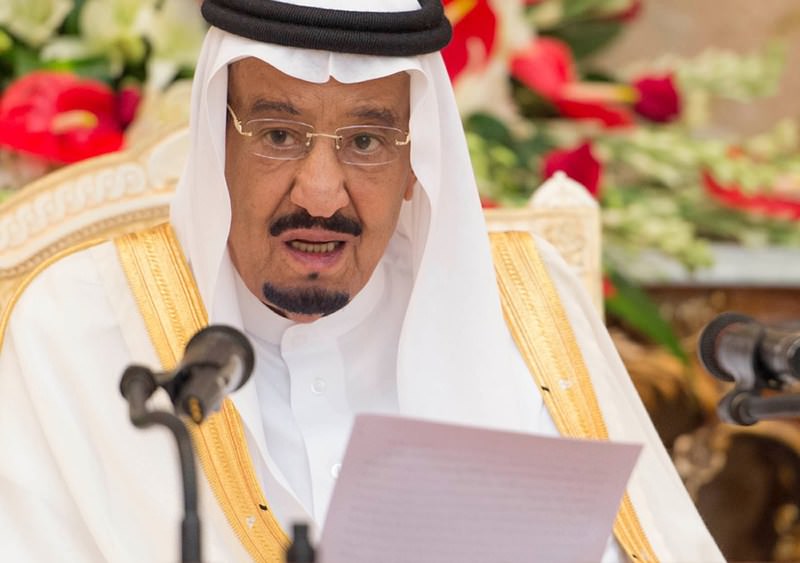 King Salman ordered ,a revision, of hajj organisation, the official Saudi Press Agency said on Sept 25, 2015. (AFP Photo)
by reuters Sep 25, 2015 12:00 am
Saudi King Salman said he has ordered a review of the kingdom's plans for the annual Hajj pilgrimage to Mecca after more than 700 died in a stampede outside the holy city on Thursday.

King Salman also asked for a swift investigation into what he described as a painful incident.

At least 717 pilgrims from around the world were killed in the worst disaster to strike the annual pilgrimage for 25 years.

At least 863 others were injured.

The incident occurred when two large groups of pilgrims arrived together at a crossroads in Mina, a few kilometres east of Mecca, on their way to performing the "stoning of the devil" ritual at Jamarat.

Thursday's disaster was the worst to occur at the pilgrimage since July 1990, when 1,426 pilgrims suffocated in a tunnel near Mecca.

Both incidents occurred on Eid al-Adha (Feast of the Sacrifice), Islam's most important feast and the day of the stoning ritual.

The Hajj, the world's largest annual gathering of people, has been the scene of numerous deadly stampedes, fires and riots in the past, but their frequency has been greatly reduced in recent years as the government spent billions of dollars upgrading and expanding the infrastructure and crowd control technology.