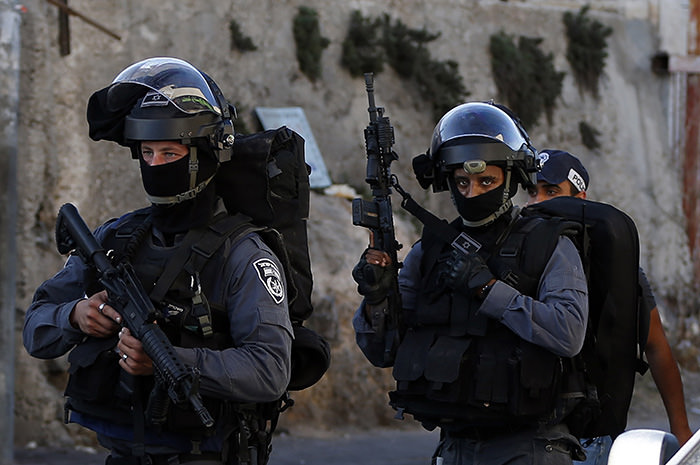 Israeli forces used stun grenades and rubber bullets to break up protesting youths, according to the Palestinian Ma'an news agency.

The police said they were reacting to "masked youths [who] threw stones and fired fireworks towards police and security." In a Twitter post, police said they used "riot dispersal measures", adding the incident was under control.

There were no reports of arrests or injuries.

Protesters had barricaded the entry to the compound, reportedly because of a rumor that hardline Jewish groups would attempt to forcibly enter on the final day of the Muslim festival of Eid al-Adha on Sunday, which also sees the start of the Jewish festival of Sukkoth.

The compound - Islam's third holiest site - has been a flashpoint between Palestinians and Israeli forces recently following three days of clashes between Sep. 13 and 15.

In a Facebook post on Saturday, Ayman Odeh, a Palestinian lawmaker in the Israeli parliament, called on Palestinians to gather at Al-Aqsa to "counter Israeli plots to divide Al-Aqsa mosque."

Many Palestinians accuse Israel of trying to take control of Al-Aqsa to divide it between Muslims and Jews, who also revere the site as the Temple Mount.