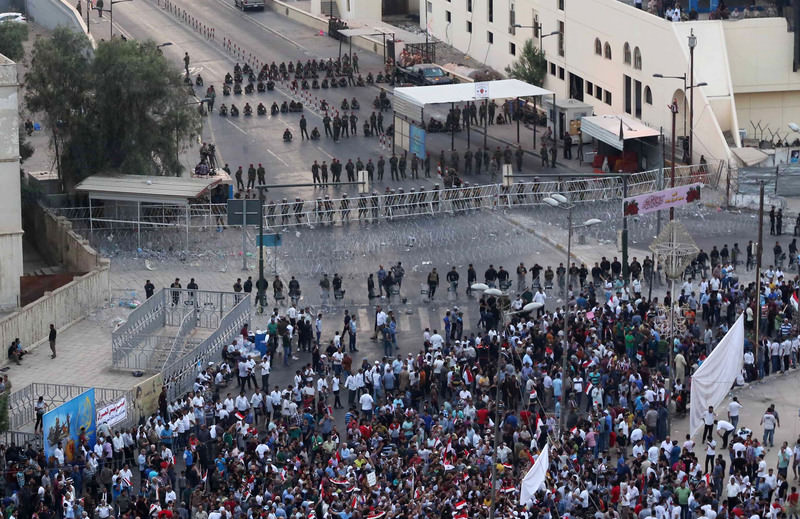 Iraqi security forces close a bridge leading to the heavily guarded Green Zone during a demonstration against corruption in Tahrir Square in Baghdad, Iraq, Friday, Oct. 2, 2015. (AP Photo)
by Associated Press
Oct 04, 2015 12:00 am
Iraq's Prime Minister Haidar al-Abadi has declared the heavily fortified Green Zone open to all of his citizens for the first time in 12 years.

A statement from the premier's office says al-Abadi was the first to pass through the newly-opened Green Zone, or the International Zone as it is officially known.

A senior Green Zone security official tells The Associated Press that much of the restrictions on the Green Zone will still remain in place, particularly on streets leading to high-level government buildings and embassies, including the U.S. embassy. The official spoke anonymously because he is not authorized to brief the media.

The zone has continued to be a target for bombings and rockets over the years, despite the concrete walls that surround it.

The 10 km-square area home to government buildings and embassies became off-limits to the public in the wake of the 2003 U.S. occupation as a security measure.
Last Update: Oct 04, 2015 9:12 pm