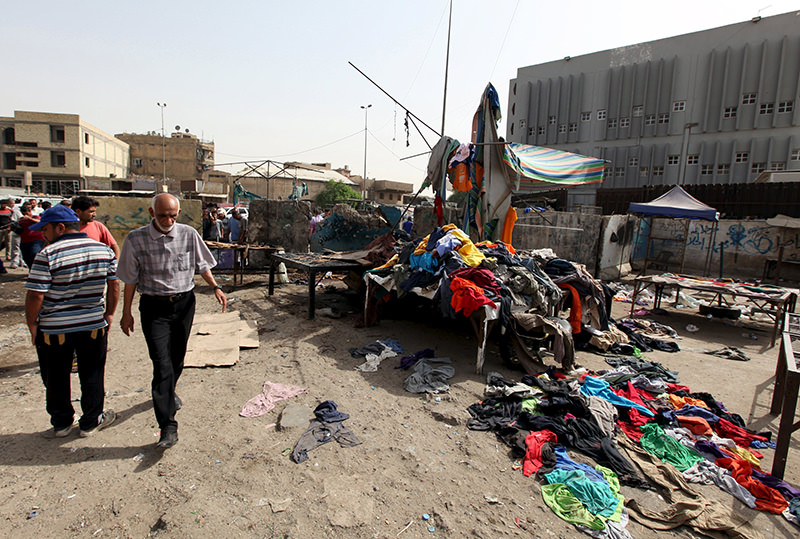 At least 12 people were killed when three bombs went off in mainly Shi'ite neighborhoods in central Baghdad on Thursday, security and medical sources said (Reuters Photo)
by Associated Press Oct 04, 2015 12:00 am
A Jordanian parliament member says his son carried out a suicide bombing in Iraq just three months after the family failed to prevent him from joining ISIS.

Jordan is part of an international military coalition against ISIS, but the group has some grassroots support in the country.

Parliamentarian Mazen Dalaeen told The Associated Press he last saw his 23-year-old son Mohammed in June in Ukraine, where he was studying medicine.

Dalaeen says his son left for Iraq via Turkey and Syria the next day, after they argued about ISIS.

He said Saturday he learned of Mohammed's death late last week from ISIS-linked websites that posted a photo of his son and said he participated in a triple suicide car bomb attack on an Iraqi army post.
Last Update: Oct 04, 2015 10:08 am
RELATED TOPICS