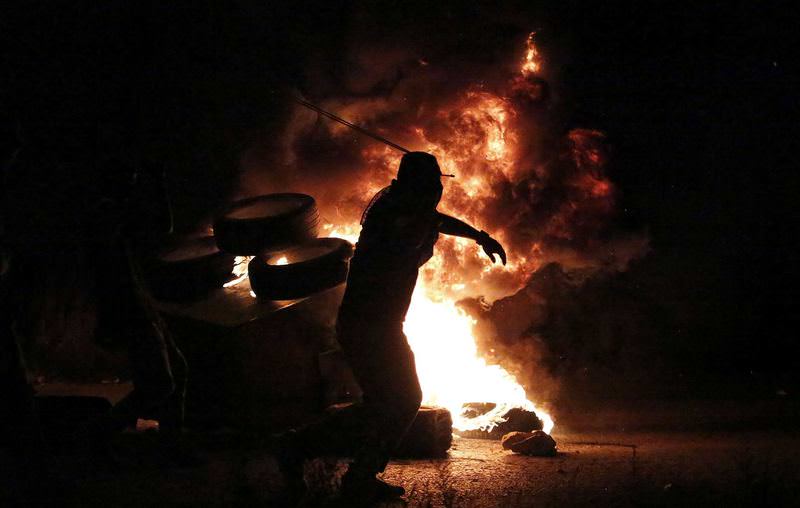 A Palestinian youth throws a stone at Israeli police raiding a town in West Bank.
by Daily Sabah with Wires Oct 06, 2015 12:00 am

A Palestinian youth was killed in clashes with Israeli soldiers in the West Bank on Monday as fears spread of a further escalation in violence that has already killed and wounded several civilians over the past days. The violence has prompted the Israeli government to take unprecedented security measures as of Sunday, police have barred Palestinian residents of Jerusalem from entering the Old City for two days during a Jewish holiday, in an attempt to curb Palestinian attacks. 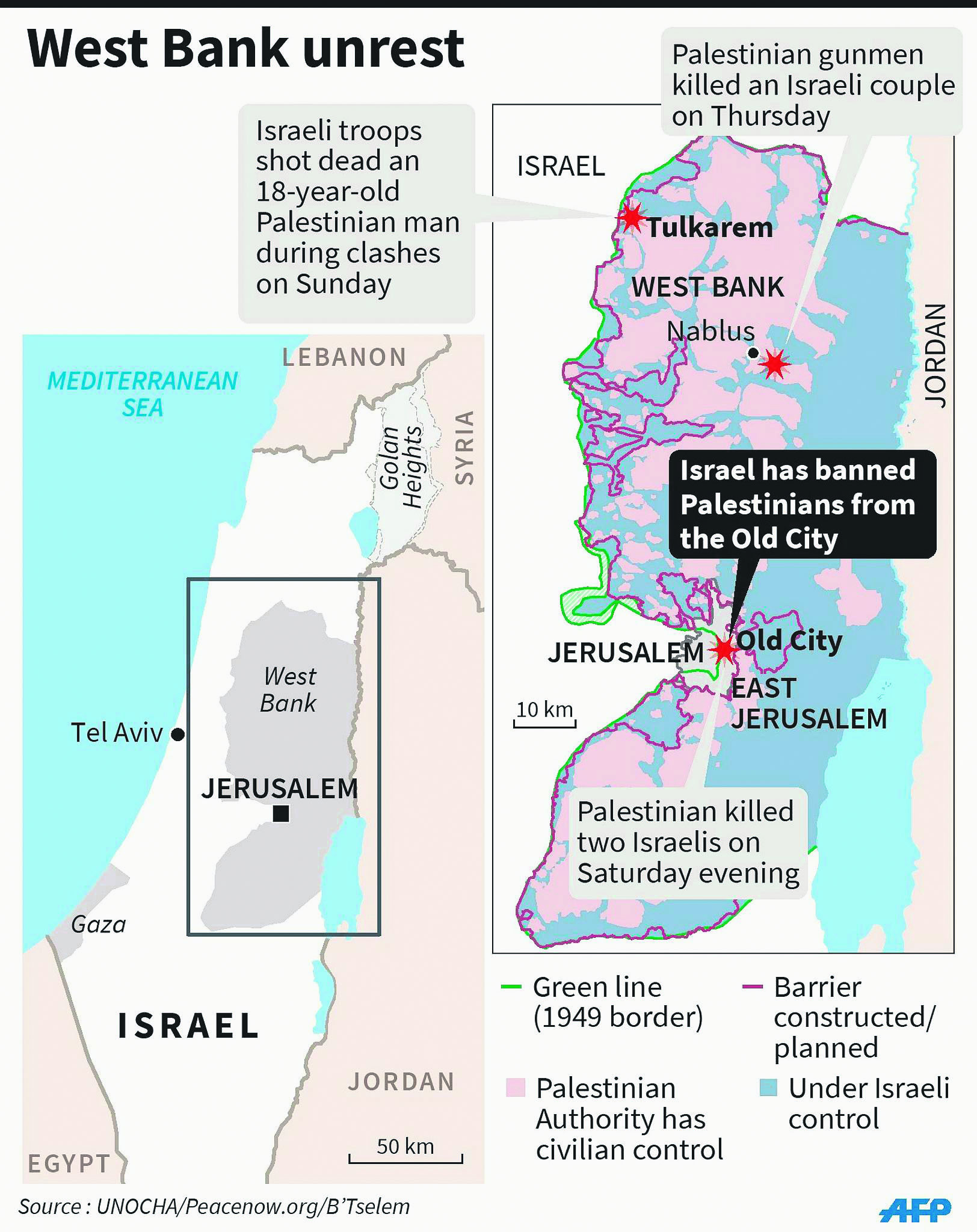 Palestinians who live, work and study within the Old City, as well as Israelis and tourists, are allowed in. The 18-year-old Palestinian was killed early on Monday, according to a doctor at Tulkarem hospital in the northern West Bank. The doctor spoke on condition of anonymity because he was not authorized to talk to the media. The youth's death came as Israeli military said hundreds of Palestinians at a rally organized by the militant Islamic group Hamas threw firebombs, rolled burning tires and threw rocks at soldiers who eventually opened fire after using tear gas and stun grenades. The Red Crescent says 456 Palestinians have been injured in the violent protests over the last two days alone.

Much of the recent violence has stemmed from tensions at the sacred hilltop compound, which has been a frequent flashpoint. Its fate is a core issue at the heart of the Israeli-Palestinian conflict. It is known to Jews as the Temple Mount, site of the two biblical Jewish temples. Muslims revere it as the Noble Sanctuary, where they believe the Prophet Muhammad ascended to heaven. There have been several days of clashes at the site over the past few weeks as Palestinians barricaded themselves inside the Al-Aqsa mosque while hurling stones, firebombs and fireworks at police. The unrest later spread to Arab neighborhoods of east Jerusalem and to the West Bank. The Israeli ban came hours after a 19-year-old Palestinian, Muhannad Halabi, attacked an Israeli family as they walked in the Old City, killing the father, seriously wounding the mother and lightly injuring their 2-year-old toddler before proceeding to stab another Israeli man to death. He then opened fire at tourists and police before he was shot and killed by policemen who had rushed to the scene. Halabi's comments on Facebook prior to the attack, along with a similar post by another attacker, have added to fears and public debate over whether the specter of another Palestinian Intifada, or uprising, is on the horizon. "What's happening to our holy places? What's happening to our mothers and sisters in the Al-Aqsa mosque," Halabi posted before the stabbing attack. "We are not the people who accept humiliation. Our people will revolt."

Prime Minister Benjamin Netanyahu met security chiefs on Sunday to discuss more action to tackle rising violence in Occupied East Jerusalem, which includes the Old City, and the West Bank, areas that Israel captured in a 1967 war. In broadcast remarks, Netanyahu said the new measures would include speeding up the razing of homes of Palestinian attackers.

The tensions have spread to embattled and densely populated Gaza City. Israel has carried out an air strike on the Gaza Strip early on Monday in response to a Palestinian rocket attack from the territory, an army statement said. "Israel Air Force aircraft targeted a Hamas terror site in the northern Gaza Strip," it said. The rocket was fired into southern Israel late on Sunday but hit open ground, the army said. No casualties were reported on either side.