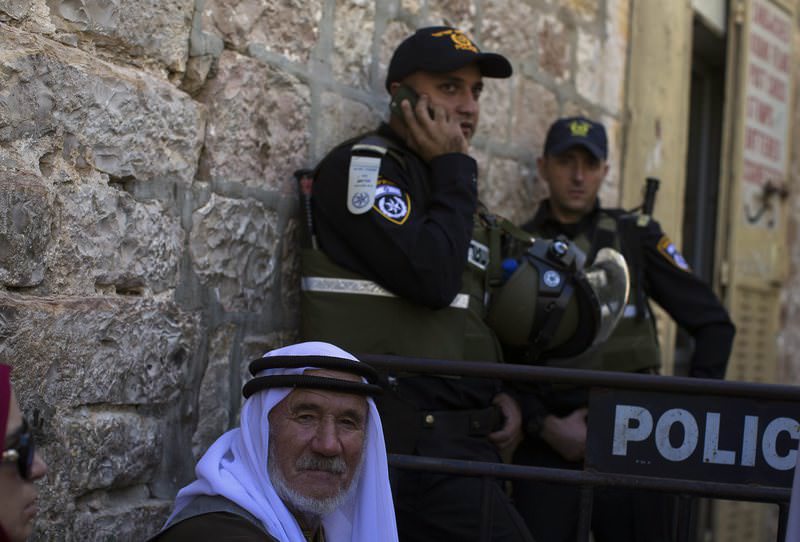 by Oct 09, 2015 12:00 am
Israeli police said they would reimpose a ban on men under the age of 50 attending Friday Muslim prayers at Jerusalem's Al-Aqsa mosque compound after a new wave of stabbing attacks.

"It has been decided to limit the age of worshippers allowed entry to the Temple Mount to men over 50," a statement said Thursday, using the site's Hebrew name.

"Entry of women of all ages will be allowed," added the statement.

A Palestinian youth was killed in clashes with Israeli soldiers in the West Bank last Monday as fears spread of a further escalation in violence that has already killed and wounded several civilians over the past days. The violence has prompted the Israeli government to take unprecedented security measures as of Sunday, police have barred Palestinian residents of Jerusalem from entering the Old City for two days during a Jewish holiday, in an attempt to curb Palestinian attacks.

Tensions flared up between Israelis and Palestinians after Israel announced its expansion of an "illegal" settlement project that includes establishing major constructions in the area as well as a planned increase in the number of Jewish settlers in the occupied territories. The Palestinian district of East Jerusalem was captured by Israel during the 1967 six-day war and since then Israel has tried to expand its influence over the neighborhood by allowing Jewish settlers to reside in the disputed area. Israeli aggression does not appear only in Jerusalem but also in Gaza Strip. During the Israeli attacks more than 2,100 Palestinians died, including many civilians, according to Palestinian and U.N. officials.
Last Update: Oct 09, 2015 1:12 am
RELATED TOPICS