Palestinians, Jews run together to promote coexistence in Jerusalem 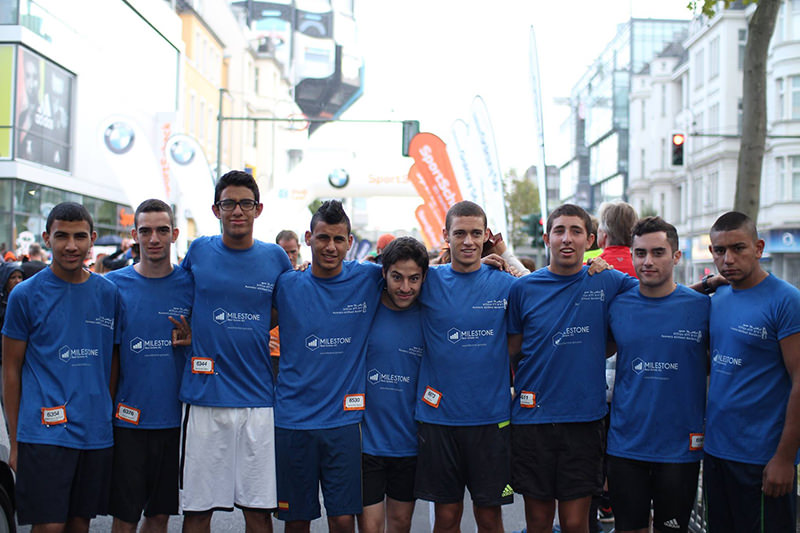 Among spiralling violence Israelis and Palestinians in Jerusalem train together in an unusual running club. Runners Without Borders is a rare attempt at co-existence in a city where Jews and Muslims barely venture into each other's neighbourhoods.

They live in the same city, but they see each other as enemies. They don't even speak the same language.

Israelis and Palestinians live virtually separate lives in the either Jewish or Muslim-dominated neighbourhoods of West and East Jerusalem. There is little or no interaction.

That makes fertile ground for hatred and for incitement by radical leaders, since it is easier to hate someone you don't know.

A new running club is trying to change that. They call themselves Runners Without Borders.

For founder Israel Haas - himself an amateur runner - the trigger was the 2014 Gaza War. The 36-year-old was not so much affected by the war itself, but by the atmosphere in Jerusalem before and after.

Other runners had raised the idea of Jews and Arabs training together, but no one implemented it, he says. "I said I want to lift this off the ground." Months later, in May, the group was registered as a non-profit organization.

Haas makes a point of stressing that the group is non-political and refuses donations from any political organizations, whether on the right or left, even though funds are badly needed to pay for anything from transportation to professional trainers.

He does not want to alienate potential runners with hardline views. If only dovish Israelis and Palestinians joined, he would be preaching to the converted.

"We don't pretend to do anything, apart from running together," says Haas, a Jewish Israeli who lives in West Jerusalem.

"The idea of running together is not a political statement in my opinion. It's a very basic statement that Jews and Arabs can be together," adds Itzik Karacik, 18, a member of the boys' team.

"I believe that even a person with completely right-wing views, but who is not a racist, can identify with that statement," he says

Runners Without Borders organized their first local race in June - a week before the much larger, municipality-sponsored Jerusalem Night Run, which was held on the first day of the fasting month of Ramadan - a move which Haas considers a lack of consideration for the city's Muslim population.

The group's second, 5-kilometre, race in Jerusalem is scheduled for October 22. Haas hopes the latest violence won't spoil the event and has hired a private security company to boost the participants' sense of security.

He hopes that running together will reduce hatred - initially among the runners themselves, and later among their friends and friends of friends.

On social media, which is so often the site of hatred, racism and anger, photos of Jewish and Arab runners, posing, training and racing together should help to expose surfers to something different.

"It helps us to know each other, to know the other, to know that not all Jews are bad," says Samaha Marouf, a 17-year-old Palestinian from East Jerusalem. He joined after seeing a post on Facebook. Samaha supports Jewish-Arab coexistence, but he was also attracted by the prospect of travelling abroad for international races, he says.

Samaha and Itzik, still somewhat shyly, chat with each other.

"In the beginning I didn't know how to make contact with him," confesses Itzik. He says he had never really spoken to a Palestinian of his own age before, aside maybe from occasionally assisting clients in a shop he worked at, or giving directions in the street.

Neither did Samaha ever have any real interaction with a Jewish youngster, let alone run with one.

"Samaha and Itzik went through very intense experiences together," says Haas, including the Berlin race. "New friendships were created."

"I really want to believe that teenagers read what we do, how we train together and that they understand that the others are human beings too, people like us, and that it's possible to live in peace, despite all the madness, and the crazy bubble we live in," says Itzik.

In a reflection of Jerusalem's absurd reality, their coach speaks English during their weekly training sessions - as if they weren't all in their own home city, but in some training camp abroad.
Last Update: Oct 09, 2015 10:42 pm