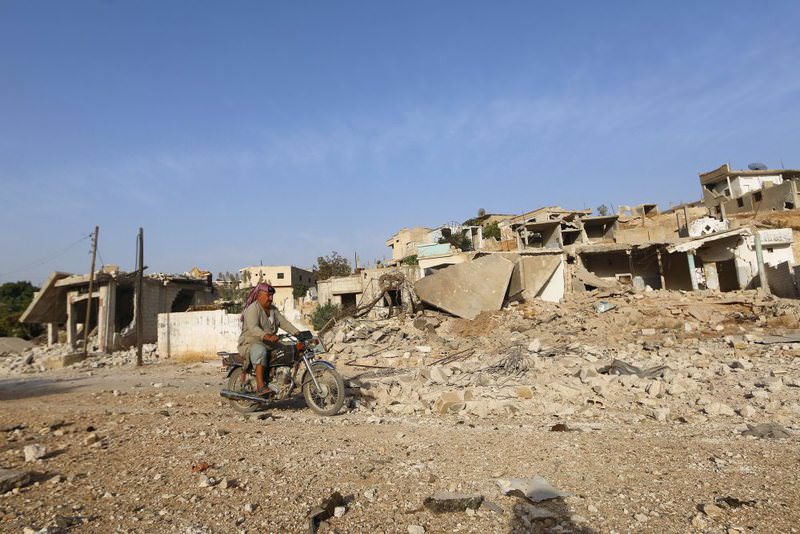 As the PYD eyes cooperating with Russia in the fight again ISIS, experts say Moscow's possible confirmation might change Turkey's fight against the PKK, although it has a limited potential for a serious impact in Syria given the difference in the population structure

Moscow has made its support for the Assad regime in Syria even clearer and started to launch airstrikes under the pretext of fighting ISIS. One of the main issues regarding the state of affairs in the field is how Kurdish militant groups will respond to the latest developments.

It is no secret that the PKK-affiliated Democratic Union Party (PYD) and its armed People's Protection Units (YPG) are open to gaining Russia's support in this fight.

PYD Co-Chair Salih Muslim made remarks on Oct.1, hinting at the possibility for cooperation with Russia in the anti-ISIS fight: "The PYD believes the following, and we have shared this view with the United States as well: We will fight alongside whoever fights ISIS. We will stand alongside whoever battles the ISIS mentality." Previously, Muslim had also reportedly made several visits to Moscow.

YPG General Commander Sipan Hemo said Wednesday last week that Russia can help their fight against ISIS and the al-Qaida-linked Nusra Front. Speaking to Sputnik Kurdistan, Hemo said they want Russia to provide air support as well as weapons in their fight against ISIS. "We can organize effective cooperation with Russia on the issue. Russia should confront not only ISIS, but also al-Nusra Front, as no significant difference between these two groups exists. Both are branches of al-Qaida and they both should be eliminated."

Even further remarks for the support took place with a critical attitude by senior figure PKK Duran Kalkan, claiming that Russia would be stealing the role in the anti-ISIS fight unless it cooperates and gives support to Kurdish groups.

"Whoever makes an alliance with YPG-YPJ [Women's Protection Units], that is who is really fighting against ISIS. However, without such an alliance, whoever says that it makes this fight is lying and is a fake. Their aim is not to fight but to steal a role in this issue. That is what Russia has been doing," he said, adding that Russia lacks a tangible solution to end this fight and aims rather to reassert Syrian President Bashar Assad's dominance over the country.

Russian President Vladimir Putin said in his speech at the U.N. General Assembly that "no one but President Assad's armed forces and Kurdish militias are truly fighting ISIS and other terrorist organizations in Syria." However, claims made in the Yeni Şafak daily assert that Russia has agreed with the PYD to provide ground support while conducting airstrikes and to form a contact office at Qamishlo. No official announcement expressing support for the plan has been made from Moscow.Sertaç Canalp Korkmaz, a doctoral candidate in the Turkish National Police Academy, said the PYD has a pragmatic position in regional policies and gained popularity with its secular image in the West in the fight against ISIS. "Russians are gaining ground in Syria, and Syrian opposition is under Russian bombardment. Once again, last week, they hosted the PYD in Moscow. If Russian attacks on the opposition continue, the opposition will be cleared out from the north of Syria and Kurdish groups will take control of that area."

Claiming that Russia would want to use the opportunity to cooperate with the PYD, Professor Ferhat Pirinççi from Uludağ University's Department of International Relations said even in the event of such cooperation, "advancements of ISIS might be stopped, but cannot be rebuffed."

"The YPG's war power is weak. Moreover, the population structure in YPG-led areas and ISIS-led areas are not the same. Namely, it is hard to say that there will be an impact on the field."

Pirinççi underlined the timing of Russia's decision to launch airstrikes and linked it to the ISIS-free zone plan that Ankara has demanded. He said: "The PYD does not want to reflect the war into Turkey, likewise the PKK for Syria. In such cooperation, Turkey will eventually be affected and thus quicken its steps in Syria. The U.S. also will need to be more active since Russia has been included in the issue."