Obama administration confused over whom to cooperate with in Syria 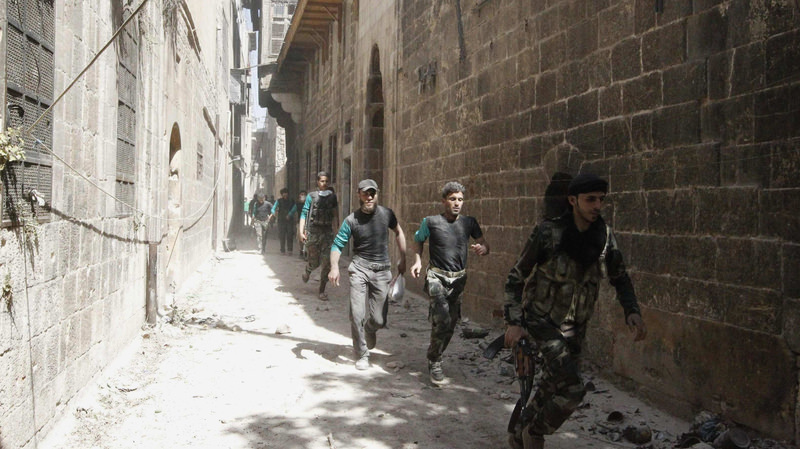 The Obama administration announced the end of the train-and equip-program, a failure of the White House's Syria policy, as Defense Secretary Ashton Carter said the PYD, with which Russia cooperates, might be a good option to work together with

An unidentified U.S. official told The New York Times that U.S. President Barack Obama's administration has ended the train-and-equip program in Syria. "The Obama administration has ended the Pentagon's $500 million program to train and equip Syrian rebels, administration officials said on Friday, in an acknowledgment that the beleaguered program had failed to produce any kind of ground combat forces capable of taking on ISIS in Syria," the newspaper reported. The announcement highlighted the failure of the Obama administration's policy for Syria as the White House has not been able decide which ally to work with there.

After the 2011 protests erupted to overthrow the Syrian dictatorship, the U.S. has ardently opposed the presence of Bashar Assad and favored regime change. However, the Obama administration has avoided giving full support to moderate rebel groups despite calls from Ankara. Obama announced in 2012 that the red line for the U.S. was the use of chemical weapons. The Syrian regime repeatedly used chemical weapons and several international rights groups like the United Nations and Organization for the Prohibition of Chemical Weapon, confirmed that hundreds of Syrians have died from suffocation in several parts of the country. After the regime crossed these red lines, a military intervention or direct military support for the rebels was expected. However, the White House did not go further than condemning the attacks and agreed with Russia not to intervene in Syria. The following developments, one of which changed the game, have made the situation worst and caused an unprecedented humanitarian catastrophe. The emergence of al-Qaida-linked al-Nusra Front and ISIS changed everything and convinced the U.S. to establish an international coalition to erase ISIS from both Iraq and Syria. The U.S. has been leading the coalition and pounding ISIS targets. Despite U.S.-led coalition attacks, ISIS has continued to expand its territories. At the same time, moderate rebels have been fighting both ISIS and the Syrian regime. While the rebels were left alone to fight two adversaries, which are considered enemies by the U.S., the regime has been backed by Iran and Shiite Hezbollah.

The U.S. decided to pick fighters from moderate rebel groups and train them in Turkey with Turkish cooperation. It took months to launch the program and it came to an end in a short time. In late 2014, the Pentagon estimated a total of 5,000 trained fighters were to be deployed on the ground in a year's time, but it did not go as planned. Some 75 U.S.-trained fighters entered Syria in August and took up positions on the frontlines against ISIS in Aleppo, according to the Syrian Observatory for Human Rights. Allegedly, however, fighters handed over some of their equipment to al- Nusra Front in return for safe passage in violation of program guidelines. They were the second group of fighters that were part of the plan, while the first group, Division 30, was overwhelmingly defeated in a pitched battle with al- Nusra Front in July. More than half of the soldiers of Division 30, including the commanding officer, were taken captive or killed, and the whereabouts of 18 other fighters are unknown, a U.S. military spokesman said in September. Turkish media outlets reported that dozens of fighters withdrew from the program after they refused to sign a contract assuring that they would not fight against the Syrian regime. Many Syrian volunteers prefer to use their training to fight both ISIS and forces loyal to the regime. In sum, the program has so far turned out to be a failure with only a few fighters having been trained in a year. "It's a small number. ... We're talking four or five," Gen. Lloyd Austin, commander of the U.S. Central Command (CENTCOM) told Daily Sabah last month. "The $500 million training program has been beset by a series of embarrassing setbacks. The first group of trainees largely disbanded soon after they were sent into combat and some were captured or killed while others fled. A second class yielded only a small number of new fighters, drawing criticism from U.S. lawmakers who condemned the program as a joke and a failure," Reuters said.

The recent Russian intervention in Syria has caused panic in Washington as Moscow annexed Crimea last year, despite the harsh reaction from the U.S. Russia is known for its unconditional support of the Syrian regime and has started pounding not only ISIS targets but also Western-backed rebel positions. Moscow has rapidly enhanced its military presence in regime-held areas and aims to prevent the collapse of the regime. According to Reuters, Iran sent troops to Syria last week to help Russia dispatch the rebels. Moscow declared its intention to cooperate with the armed Kurdish faction, which is the PKK's Syrian affiliate, the Democratic Union Party (PYD), and is guarded by the regime as a bastion in the north.

The U.S. also said it may cooperate with the PYD. The U.S. will change the failed Syrian rebel training program to focus efforts on working with capable Kurdish and other forces in Syria, U.S. Defense Secretary Ashton Carter said Friday. Carter said at a news conference in London that the work the U.S. has done with the Kurds is a good example of an effective approach with a capable, motivated ground combat force. "The work we've done with the Kurds in northern Syria is an example of an effective approach," Carter said. "That's exactly the kind of example that we would like to pursue with other groups in other parts of Syria going forward." He called it a "more strategic approach" than what the U.S. has been doing from the beginning.Both the U.S. and Russia have been bombing ISIS and allying with Kurdish factions. Iran is also helping Russia, which is in Syria to save the regime. The PYD, which is on Turkey's terror list, has been praised by Russia, the U.S. and the regime for its efforts against ISIS. As a result, the U.S. and Russia cooperate with the PYD and targets ISIS. Yet the Obama administration still claims to be in favor of a democratic transition in the country while signaling that Assad may remain in power for an undetermined time. At the last U.N. meeting U.S. officials made statements saying that a solution with Assad is possible.