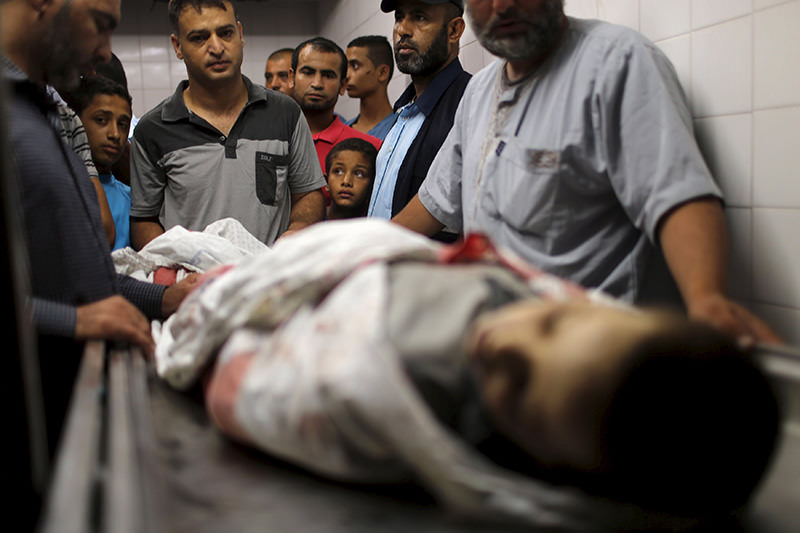 by Oct 11, 2015 12:00 am
Two Palestinian teens were killed and 10 people wounded by Israeli fire during clashes Saturday at the Gaza border fence, emergency medical services in the coastal enclave said.

The deaths come a day after similar clashes killed seven Palestinians and wounded 145 in the bloodiest fighting in the territory since the summer 2014 war.

Clashes with Israeli forces were also ongoing near the Erez crossing on the northern border of the Gaza Strip, east of Gaza City.

The Israeli army said its forces were dealing with a "violent riot in the area of Nahal Oz," east of Gaza City," involving 100 Palestinians "hurling rocks and rolling burning tyres" at forces.