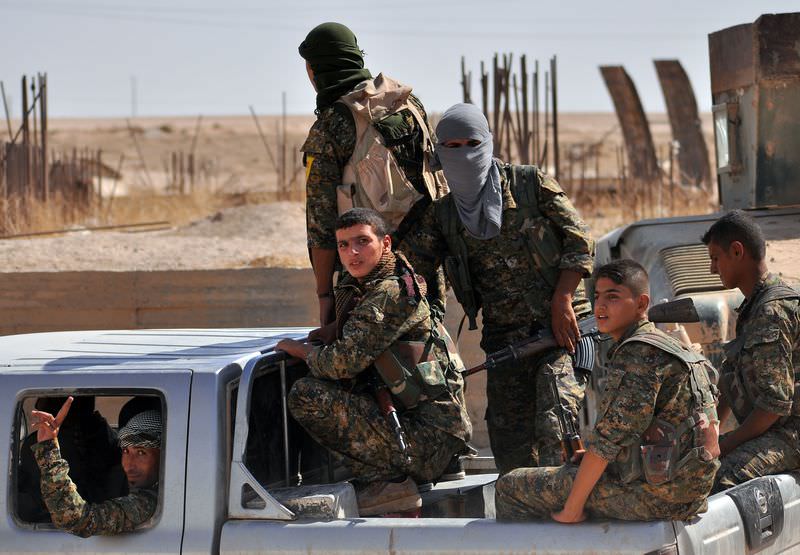 by Daily Sabah with Reuters
Oct 13, 2015 12:00 am
Amnesty International said in a report released early Tuesday that the People's Protection Units (YPG) which is supported by the United States have committed war crimes by driving out thousands of non-Kurdish civilians and demolished their homes.

The London-based rights watchdog documented cases in more than a dozen villages in Kurdish-controlled areas where residents were forced to flee or had their homes destroyed by the YPG, the armed wing of Democratic Union Party (PYD) and the terrorist PKK's Syrian affiliate, who have seized swathes of northern Syria from ISIS militants this year.

But Amnesty quoted Ciwan Ibrahim, the head of the Kurdish internal security force known as the "Asayish", as admitting there had been forced displacements, but saying they were "isolated incidents" and that civilians had been moved for their own safety.

In a 38-page report, Amnesty said the forced displacement of mostly non-Kurds after the YPG had captured villages was often in retaliation for "residents' perceived sympathies with, or ties to, members of ISIS or other armed groups".

It said it had interviewed 37 people who said they had experienced Kurdish abuses in Hasaka and Raqqa provinces.

"They (YPG) pulled us out of our homes and began burning them ... Then they brought the bulldozers and they began demolishing the homes," one was quoted as saying.

Amnesty said the YPG militants had threatened civilians with coalition air strikes if they did not abandon their homes.

The YPG has previously denied Turkish accusations of deliberately driving out Arab and Turkmen civilians from areas under its control, especially the town of Tel Abyad.
Last Update: Oct 13, 2015 4:11 am