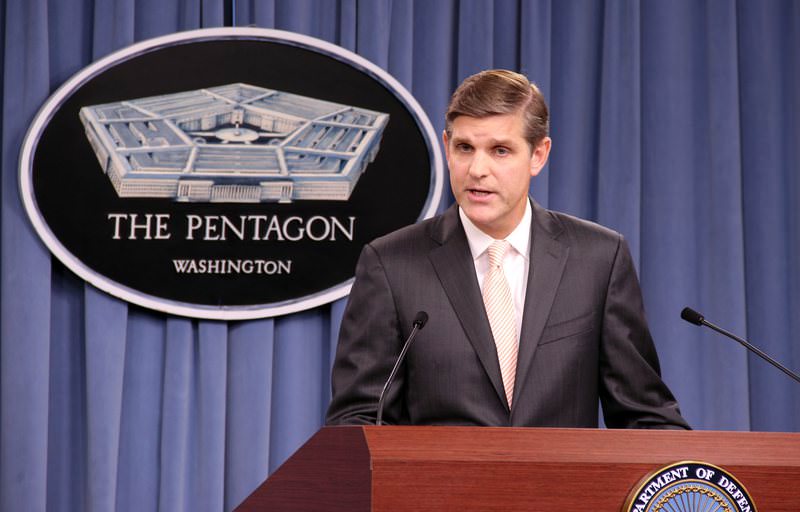 by Daily Sabah with AA
Oct 16, 2015 12:00 am
A Pentagon spokesman on Thursday walked back from comments that some ammunition airdropped by the U.S. into Syria last weekend were recovered by Syrian Kurdish militants.

"The ammunitions and other equipment were dropped successfully and it was recovered, at that time, by some of the Syrian Arab forces and the Kurdish forces as well," Peter Cook said at a press briefing.

Responding to an Anadolu Agency question about whether the PKK-affiliated People's Union Party (PYD) recovered some of the arms, Cook confirmed that the Kurdish rebels got some of the arms.

Cook's comments came after the PYD and media outlets close to the group claimed that PYD's military wing, the People Protection Units, known as the YPG, also got arms dropped by U.S. aircraft.

"Sunday's airdrop in northern Syria was intended for and successfully delivered to vetted Syrian Arab forces. We have no indication at this time that any of that equipment was shared with any other groups," according to a note sent to journalists.

Officials have been reluctant to publicly say whether the U.S. provides arms to Kurdish rebels because of the U.S.'s relationship with its ally, Turkey, which considers the PYD as the Syrian wing of the PKK that is designated a terror group by Turkey, the U.S. and the EU.

The spokesman for the U.S.-led anti-ISIS coalition told reporters Tuesday the group that received the airdrop was the Syrian Arab Coalition. "A group of smaller Syrian-Arab fighters who have, on their own, joined together to form a coalition" numbering around 5,000 troops, he said.
Last Update: Oct 16, 2015 1:49 am