Iraqi politician Ahmed Chalabi, key lobbyst for US invasion of Iraq dies at 70 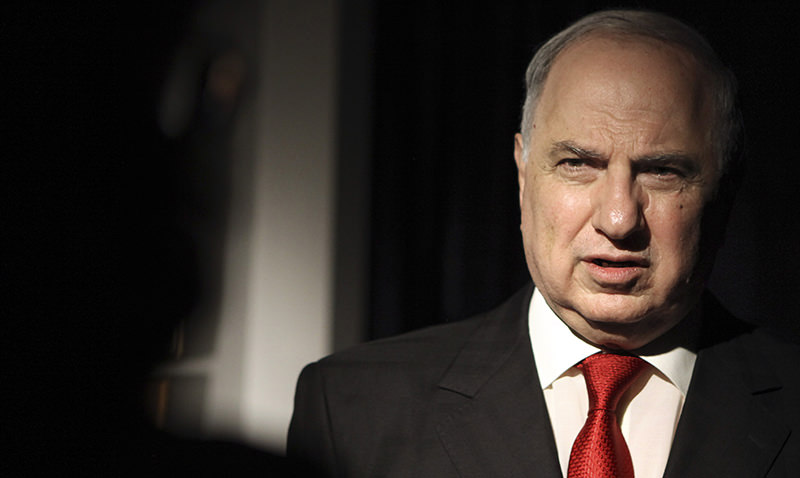 In this Wednesday, May 5, 2010 file photo, Ahmad Chalabi, the head of the Accountability and Justice Committee speaks during an interview with The Associated Press in Baghdad. (AP Photo)
by Compiled from Wire Services
Nov 03, 2015 12:00 am
Ahmed Chalabi, a key lobbyist for the US-led invasion of Iraq who was blamed for providing false intelligence on weapons of mass destruction to justify it, died of a heart attack Tuesday.

Chalabi, a serving member of parliament and head of the National Congress Party (NCP), died after suffering a heart attack at his Baghdad home, according to Iraq's NCP-affiliated Asia TV channel.

A prominent Shia politician, Chalabi most recently served as head of the Iraqi parliament's finance committee.

Outside Iraq, Chalabi is best remembered for the role he played in influencing the U.S. to invade Saddam Hussein's Iraq in 2003.

Parliament and the interior ministry also issued statements on his death, with the latter describing him as having worked for the "salvation of the Iraqi people from dictatorship."

Living in exile as head of the Iraqi National Congress (INC), which opposed Saddam Hussein, Chalabi became a White House favourite for information he provided which supported the US justification for attacking Iraq in 2003.

But he lost favour after the invasion when information regarding Saddam Hussein's alleged possession of weapons of mass destruction and links to Al-Qaeda turned out to be false.

He was also accused of providing information to US foe Iran.

Iraqi police and US forces raided his home in May 2004 and seized documents and computers. The only formal charge laid was putting forged banknotes into circulation after the raid turned up a small number in his home.

Chalabi was long dogged by allegations of corruption and was convicted by a Jordanian court of embezzling funds from the collapsed Petra bank in 1992, a case he claims was politically motivated.