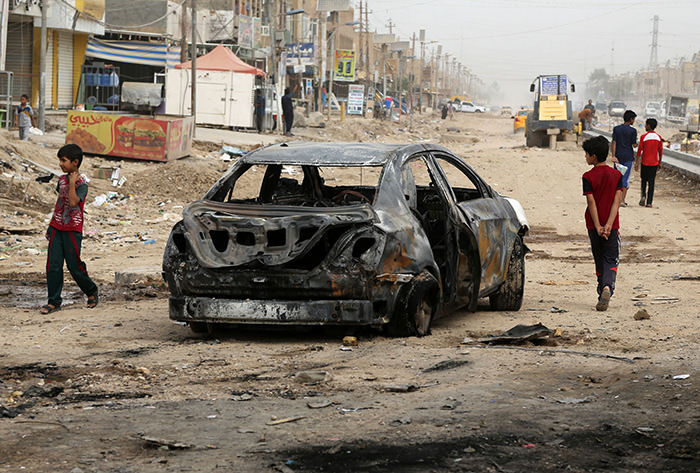 Civilians inspect the aftermath of a car bomb explosion in Husseiniya, about 13 miles (20 kilometers) northeast of Baghdad, Iraq (AP Photo)
by Anadolu Agency Nov 10, 2015 12:00 am
Six people were killed and 24 others were injured Monday in several explosions that rocked the Iraqi capital, a police source told Anadolu Agency.

The source said that two pro-government fighters were killed and three others were injured when "an improvised bomb went off while a vehicle carrying pro-government [militia] forces was passing in the Arab Jabour area in southern Baghdad."