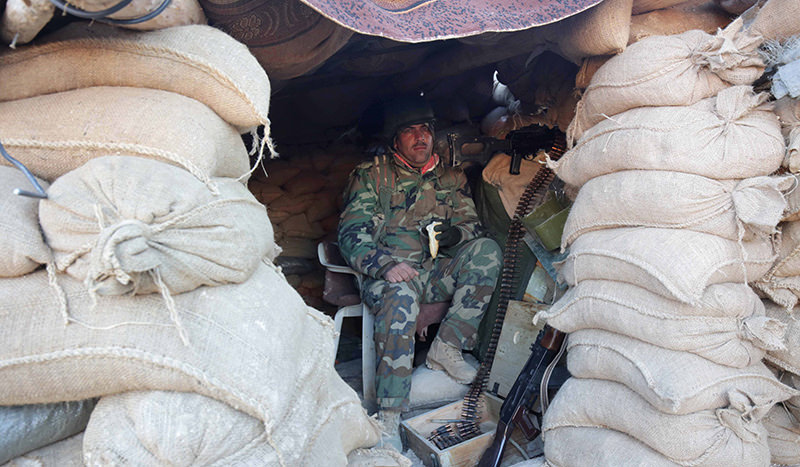 A Kurdish peshmerga fighter pauses during an operation to retake the northern Iraqi town of Sinjar on Thursday, Nov. 12, 2015. (AP Photo)
by Associated Press Nov 12, 2015 12:00 am
The Kurdish Regional Security Council says its fighters have captured a strategic road near the town of Sinjar, cutting off one of the most important supply routes for the terrorist ISIS group.

The council said Thursday that peshmerga fighters have reached Highway 47, which indirectly links the militant group's two biggest strongholds Raqqa in Syria and Mosul in Iraq. The statement said the Kurds reached the highway in two different areas.

Iraqiyya state television, meanwhile, says that Kurdish peshmerga have reached the mayor's office in the town of Sinjar as part of their offensive to recapture the mountain town in northern Iraq. Kurdish officials would not immediately confirm this.
Last Update: Nov 12, 2015 1:56 pm
RELATED TOPICS