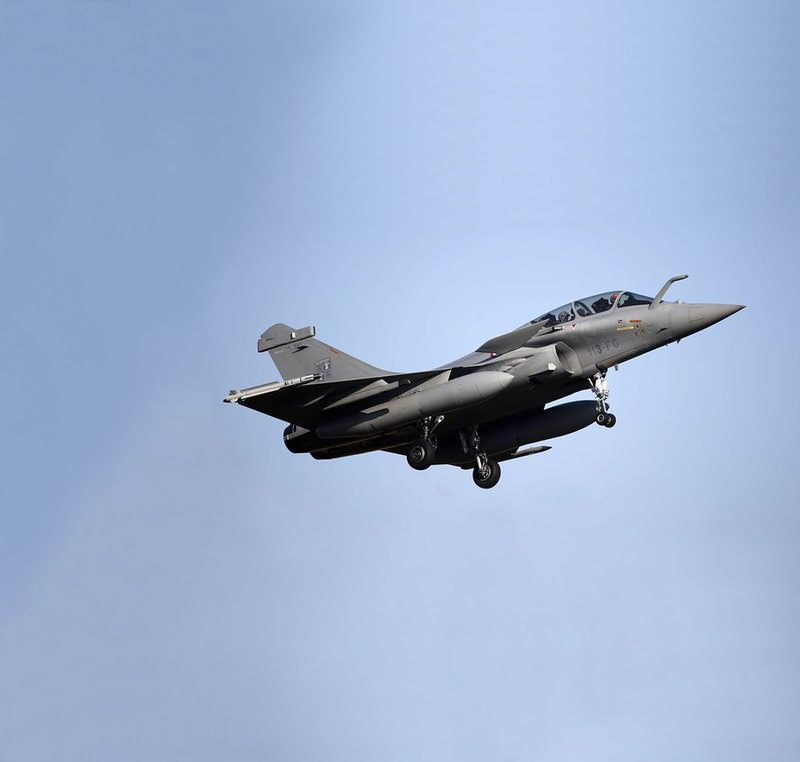 by Daily Sabah with AA
Nov 16, 2015 12:00 am
French warplanes hit the Daesh stronghold of Raqqa in Northern Syria on Sunday, just two days after a wave of deadly attacks killed 132 people in Paris, authorities said.

French Defense Ministry said that 10 warplanes attacked the Daesh positions in Raqqa with 20 bombs. The ministry also added that Daesh command center, training camps and ammunitions depots were among the targets.

President François Hollande said Friday's attacks were carried out by members of the Daesh terrorist organization, which later claimed responsibility.

France did not participate in the coalition's anti-Daesh attacks in Syria from September 2014 to September 2015, arguing that they would strengthen the Assad regime.