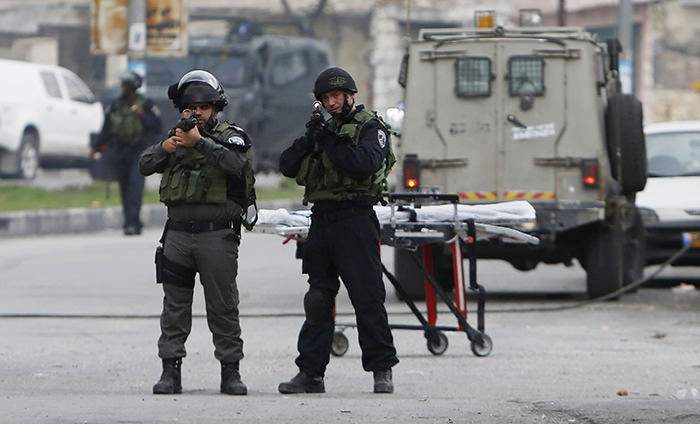 by Dec 02, 2015 12:00 am
Israeli security forces have killed Palestinian attackers, even when the latter no longer pose a threat, an Israeli human rights group charged Wednesday.

Israel has a "shoot-to-kill policy, which has also been used against people who have already been 'neutralized'," charged Hagai El-Ad, the executive director of B'Tselem.

"Spurred by senior (right-wing) politicians and backed by the prime minister and the weak lip-service paid by the attorney general, soldiers and police officers have become judge, jury and executioner," he said in a statement.

Some 108 Palestinians, 18 Israelis, one American and an Eritrean have been killed since October 1, in the worst spell of street violence in Israel and the Palestinian areas in years.

Israel says the vast majority of Palestinians killed are attackers, who were shot in 124 stabbings, shootings and car ramming against Israeli security forces or civilian bystanders.

Israeli police spokesman Micky Rosenfeld rejected the B'Tselem accusation, insisting officers only shoot to kill when lives are in danger.

B'Tselem also condemned collective punishment and home demolitions of the families of attackers.

Earlier in the day, Israel demolished the three-storey home of the family of a Palestinian vehicle attacker in the East Jerusalem refugee camp of Shuafat.

Hundreds of Israeli soldiers and border policemen streamed into the camp and formed circles around the targeted building, which was blown up in a controlled explosion, police and witnesses said.

Prime Minister Benjamin Netanyahu says the notion that family members will be affected is often the only way to deter Palestinians willing to give their lives to attack Israelis.

Others, however, warn that such demolitions and collective punishment only add to injustice sensed by Palestinians who live under occupation.

The United States has urged Israel not to use demolitions as a punitive measure, calling them "counterproductive in an already tense situation."
Last Update: Dec 02, 2015 5:02 pm
RELATED TOPICS