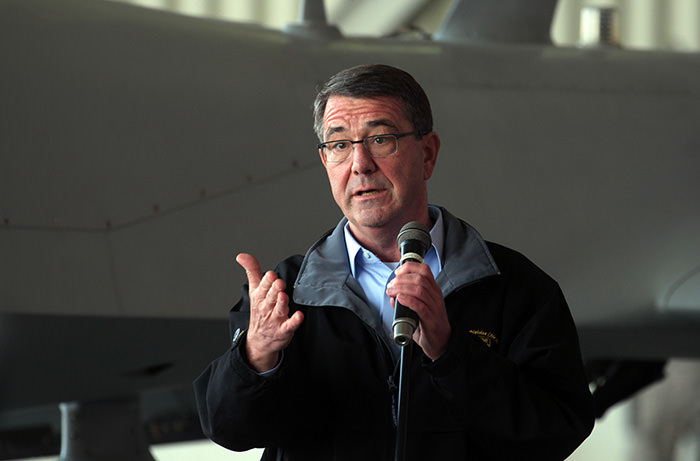 Carter said earlier at the start of his trip to the Middle East that he would be speaking to commanders to "get their latest reading on the battlefield situation and also very importantly their thinking about ways that we can continue to accelerate the campaign to defeat ISIL[Daesh]".

Carter asked for more assistance from Turkey on Tuesday to help destroy Daesh terrorists as he kicked off a tour of the Middle East that aims to drum up regional support for the military campaign.

Incirlik has grown more important in the U.S.-led campaign of air strikes against Daesh, with 59 U.S., Turkish, Qatari and German aircraft now operating out of the base, up from about 15 from all coalition countries at the beginning of September, U.S. officials said.

Around 45 aircraft are from the United States and include both manned and unmanned. They conduct refueling, intelligence and strike missions, officials said.

On Monday, speaking after a meeting of the U.S. National Security Council at the Pentagon, President Barack Obama said Carter's trip to the region aimed to secure greater military contributions from allies in the campaign against Daesh.
Last Update: Dec 16, 2015 10:15 am
RELATED TOPICS